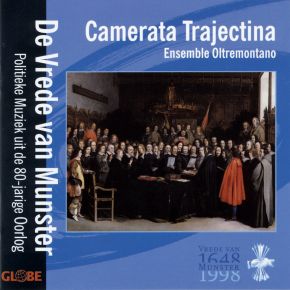 Exactly 350 years ago, on 30 January 1648, the Treaty of Munster (also known as The Treaty of Westphalia) ended the Eighty Years' War that Holland fought against Spain to win its independence. This album, made in collaboration with the National Committee for the Treaty of Munster as instituted by the Dutch government, is part of the official celebrations and the first copy was presented to Willem-Alexander, crown prince of the Netherlands. It contains a wealth of 'political music' from the 80 Years War, superbly performed by Camerata Trajectina.