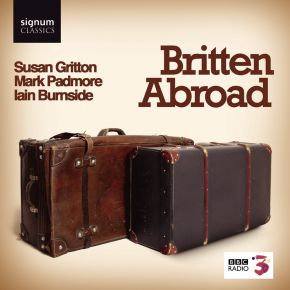 Britten’s extraordinary skill and fluency for setting his own native language has sometimes obscured the brilliance with which he embraced a wide range of foreign poetry throughout his career. In fact Britten left a series of exquisite settings, some of his very finest, in French, Italian, Latin, German, Russian, Scot dialect and Medieval English; and the role-call of poets attests to the diversity and sophistication of his literary tastes, including the work of Victor Hugo, Paul Verlaine, Artur Rimbaud, Michelangelo Buonarroti, Friedrich Hölderlin, Johann Wolfgang von Goethe, Alexander Pushkin, Bertolt Brecht and William Soutar.

The earliest of these works (written when Britten was just fourteen) was the Quatre chansons françaises, settings of Hugo and Verlaine for high voice and orchestra, written in the summer of 1928 for his parents’ twenty-seventh wedding anniversary. Les Illuminations followed a decade later; Latin settings were a constant throughout his career, for his many liturgical settings and notably in War Requiem and the Cantata misericordium; we find Scots dialect in his Souter settings, Who are these children? and his authentic response to the challenge of early English texts is demonstrated in his mystery-play settings, Canticle II: Abraham and Isaac and Noye’s Fludde, and profoundly so in one of his very last works, the choral setting of eight medieval English lyrics, Sacred and Profane.

But Britten’s settings of Italian, Russian, French and German, performed here by Susan Gritton, Mark Padmore and Iain Burnside are certainly amongst the most distinctive and very finest examples of his art, each fashioned specifically for a much-loved and favoured artist.