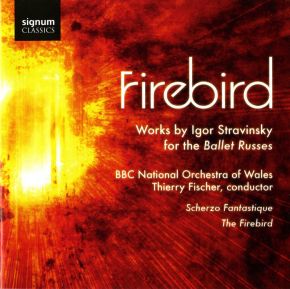 The music commissioned by Sergei Diaghilev for his Ballet Russes has generated some of the most inventive and popular orchestral works of the 20th Century. Led by Principal Conductor Thierry Fischer, these recordings capture the excitement and vibrancy of the BBC National Orchestra of Wales in live performance - the first recording made in their new home of BBC Hoddinott Hall, Wales. This is the first release in a series of three with future repertoire including The Rite of Spring and Petrushka. Live performance of The Firebird: “It was, in short, one of the finest performances I have heard the BBC National Orchestra of Wales give in recent years. Both precise and evocative, exceptionally transparent in texture where it needed to be, rich and full elsewhere, this was a magical reading of a remarkable score.”