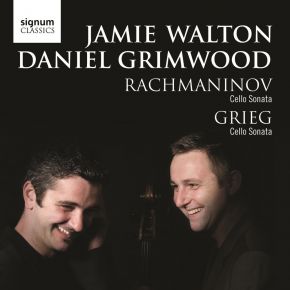 Jamie Walton is a rising international soloist with a distinctive voice of his own. Renowned for his purity of tone and uncompromising nature, Jamie is now being compared by critics to some of the great cellists of the past. He and pianist Daniel Grimwood appear regularly at Wigmore Hall and Symphony Hall, Birmingham. They have also appeared in recital at the Bridgewater Hall, Fairfield Hall, Cadogan Hall and St John’s, Smith Square as well as at the Chateauville Foundation, Virginia - a personal invite from Maestro Lorin Maazel. This is Jamie’s third release with Signum Classics. His previous releases have been received with unanimous international acclaim and there is little doubt that this latest release will be as successful.