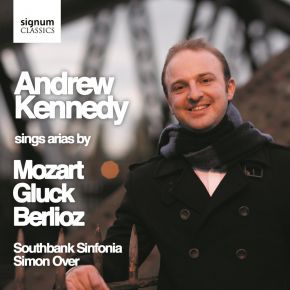 Star tenor Andrew Kennedy is accompanied by Southbank Sinfonia in this collection of arias by three unique Classical-era composers. This disc showcases some of the best in young British musical talent, with rising star tenor Andrew Kennedy and Southbank Sinfonia, conducted by Simon Over. Their programme explores three phases of the Classical era, with early arias from Gluck, later classical works by Mozart, and the beginnings of Romanticism with Berlioz. Andrew’s previous releases have been greeted with exceptionally good reviews from music magazines and national newspapers and we have every confidence his latest release will be as successful.