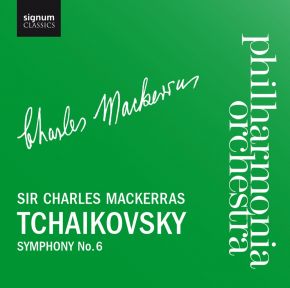 The next album in a series of live orchestral recordings with the Philharmonia features the late Sir Charles Mackerras conducting Tchaikovsky’s Symphony No.6 (Pathétique). This was Tchaikovsky’s final completed symphony, premiered in St Petersberg under the baton of the composer in 1893, nine days before his death, dedicated to his nephew Vladimir ‘Bob’ Davydov.

The Philharmonia Orchestra are widely recognised as the UK’s finest performers with an impressive recording legacy. The orchestra prides itself on collaborations with the finest musicians of our day.