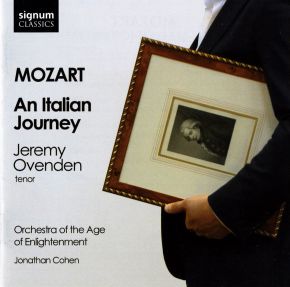 A fascinating musical journey through the Italian arias of Mozart, from one of his earliest works Lucio Silla (composed when he was just 16) through to his final Italian opera La Clemenza di Tito. The English tenor Jeremy Ovenden has established himself as being among the best Mozart tenors of his generation (notably in the role of Don Ottavio) and has become a familiar figure on the stages of the world's opera houses and concert halls and at major festivals. He is joined for this, his first solo recording, by the Orchestra of the Age of Enlightenment and conductor Jonathan Cohen.