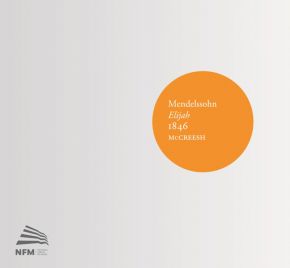 At the time of its first performances in 1846, Elijah was hailed as one of the great oratorios alongside Handel’s Messiah. It tells the story of the prophet with imposing grandeur, inspirational orchestration and beautiful arias, recitatives and choruses. This mighty piece requires mighty orchestral and choir forces and Gabrieli singers are reinforced with talented young singers from the Gabrieli Young Singers’ Scheme and the Wroclaw Philharmonic Choir. This recording sees over 440 musicians taking part, including 92 string players and over 300 singers. This new recording was made following an acclaimed performance at the 2011 BBC Proms, and follows in the footsteps of the Gabrieli's other large-scale projects with Signum - such as the BBC Music Magazine award-winning Berlioz Grande messe des mortes (SIGCD280) and their recent New Venetian Coronation (SIGCD287).

"…a microclimate of such unstable energy that it could easily have registered on the Beaufort Scale. Prototype movie. Tropical hurricane. Last night's Elijah was both." The Arts Desk - Concert review from their BBC Proms performance, shortly before this recording was made.