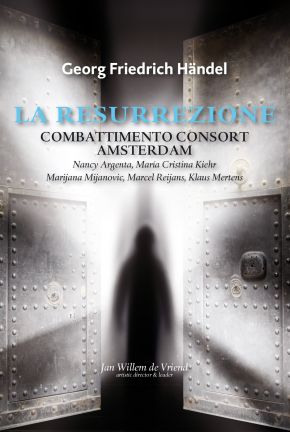 Händel’s La Resurrezione is an oratorio for Easter. It was first performed on Easter Sunday 1708 in Rome. The libretto was written by Carlo Sigismondo Capece. The events related in the story are those of the period between the Crucifixion and the Resurrection, when Christ ‘descended into Hell’ to redeem the souls of the patriarchs and prophets who had prepared for His coming. The events in the underworld are set out in series of lively exchanges between an Angel and Lucifer. Meanwhile, the story as seen on earth is related through the conversations of three mortal characters, Mary Magdalene, Mary Cleophas and St John the Evangelist. The two planes of the drama are united when the Angel appears to the women at the sepulchre and announces the Resurrection to them.