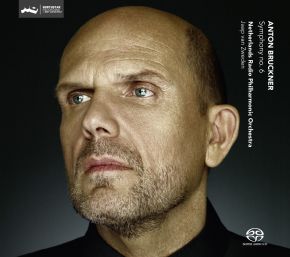 Bruckner began composing the Sixth on September 24, 1879, after first thoroughly revising the Third and Fourth symphonies, making a number of changes in the Fifth and completing in the summer the String Quintet that Joseph Hellmesberger had requested (Hellmesberger had actually asked for a string quartet, but Bruckner took the freedom of adding a viola). Possibly, however, the work began to take shape earlier. Some historians credit the famous opening motif of the first movement to an organ improvisation Bruckner performed in August at Sankt-Florian at the request of a number of army officers. When he asked for a short, suitable theme, it was proposed he should improvise on a typical military signal, the so- called “retraite” (retreat).

Bruckner was perhaps so taken by it that he gave the theme an important place in the Sixth. On September 3, 1881, while staying in his beloved Sankt-Florian “Stift” (diocese), he completed the symphony. Upon returning to Vienna, he had several copies made of the score, one for his landlord Anton Oetzelt von Newin and his wife Amalie (Amy), to whom he dedicated the Sixth Symphony as a token of his gratitude. In November 1877, Bruckner had moved into his new home at Heßgasse 7 in Vienna. It was a substantial improvement over his former home at the Heinrichshof (Opernring), but, more important, he didn’t have to pay rent from his modest earnings. What’s more, even after leaving near the end of his life the Heßgasse home for the “Kustodenstöckl” (custodian’s quarters) at Belvedere palace (Emperor Franz-Joseph had placed the quarters at his service free of charge because Bruckner was having increasing difficulty climbing stairs), Oetzelt faithfully paid Bruckner a stipend of 300 gulden per month until his death.

Netherlands Radio Philharmonic Orchestra (orchestra)More information
06-01-2015 concertonet.com
"Taken at a good rhythm, the Scherzo is very well played, acting as beautiful transition with the last movement which, not to be precipitated, is nevertheless conducted with impetus by a Jaap van Zweden who, undoubtedly, asserts himself as a an excellent “brucknerien” (Bruckner player)"
15-02-2014 Hifi&Records
"This recording totally outshines most of the other ones (...) very exciting!"
01-12-2013 Gramophone
"Zweden, who's tighter grip seems paradoxically to free the music in the most invigorating way "
01-08-2013 Music Web International
"The recorded catalogue boasts more good performances of the Symphony now than used to be the case a few years ago. The arrival of this excellent new version with van Zweden and the Netherlands Radio Philharmonic makes that even more true. "
01-08-2013 Luister
"All in all a brilliant sixth"
31-07-2013 Luister
"Van Zweden shows a very different version, with new insights for me."
26-07-2013 Luister
""All in all a brilliant sixth""
23-07-2013 Classical CD Choice
"Perhaps the most rigorous performance of Bruckner's Sixth Symphony that the SACD medium has yet enjoyed"
14-07-2013 Sunday Times UK
"This is a mature and powerful reading of the Sixth Symphony, the most original and adventurous of the nine."
01-07-2013 International Record Review
"Exceptional engineering achieved by Challenge Classics, with natural-sounding timbres and an extremly realistic sense of acoustic space"
29-06-2013 TheArtsDesk.com
"Listen to this disc several times and you'll fall in love with this symphony."
20-06-2013 Pizzicato blog
""In Bruckner’s Sixth Symphony van Zweden achieves a good mix of rhythm, serenity and solemnity. The Netherlands Radio Orchestra’s playing is outstanding.""
17-06-2013 Luister
"Van Zweden creates a completely different version. With, for me, new insights."
08-05-2013 www.opusklassiek.nl
""Very nice is also the quiet but far from lingering base rate in the final, with a beautiful and melancholy look back at the adagio""