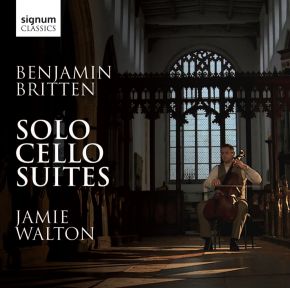 Jamie Walton has established a reputation as a performer who deeply engages with the works he performs and records. Earlier this year he released a new recording of cello concertos by Schumann and Dvorak with the Philharmonia Orchestra under Vladimir Ashkenazy (SIGCD322):

"What has impressed me so much with regard to this account of the Dvorak is the oneness of conception between soloist and conductor. I am sure much preparation went into this performance: they are fully integrated, so we hear the work as a totality, not as a piece for virtuoso solo cello with orchestral accompaniment. This is, of its kind, a masterly performance” International Record Review