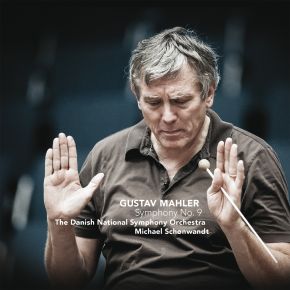 Gustav Mahler's Ninth Symphony is often viewed as a valedictory work, a final statement from the last symphonic master in the Austro-German musical tradition. Naturally, there is plenty of evidence to both confirm and complicate such a view, and a brief survey of that evidence allows the compelling story of Mahler's Ninth to begin to take shape.

Mahler was thinking about death when he composed the Ninth. His four-year-old daughter had died in 1907, traumatizing the composer - he could not bear mention of the child's name - and forcing the family to move to find a new summer retreat, one free of painful associations. In 1907, Mahler was also diagnosed with the heart condition that would kill him four years later.

So in the Ninth Symphony we definitely have a composer preoccupied with "the end," with his own and others' mortality. But Mahler didn't see the Ninth as his final work - the Tenth, much of which he completed before he died, ended up being that. He was simply grappling with the same questions of life and death he faced in much of his music. Many of Mahler's young admirers - among them Berg and Arnold Schoenberg - had already started to experiment with atonality by 1909, but Mahler's achievement in the Ninth Symphony, with its combination of deeply personal expression, massive but coherent musical structures, and unraveling tonality, had enormous implications for these young composers. The Symphony, then, may have been a kind of farewell for the composer, but it also pointed the way toward the future, the simultaneous last breath of the Romantic era and first breath of the Modern.

Michael Schønwandt:
"There are moments in life, which seem to be totally accidental, but in retrospect have a very significant importance. One such essential moment happened to me in the beginning of 2012, when I received a phone call late Sunday night. I was informed, that a dear colleague of mine, who was scheduled to conduct a performance of Mahler´s 9th symphony with the Danish Radio Symphony Orchestra on the following Thursday, had to cancel his participation due to flu. The rehearsals were planned to start the following morning! Finding yourself exposed to this shattering description of life´s most ultimate moments – the struggle to cling on to life and accepting the inevitable fate of leaving this world is one, which certainly follows any human being to the end of our days. And the Danish Radio Symphony Orchestra responded to the music of Gustav Mahler with an understanding, a love and and a devotion, that made us melt together and unite in the description of the passage from our world to whatever awaits us – if anything. I am forever grateful for this moment, and it is with humility, but also with a deep sense of gratitude, that I invite you to participate in this voyage into the world of Gustav Mahler – and into our own world and ourselves."

Michael Schønwandt (conductor)More information
Danish National Symphony Orchestra (orchestra)More information
18-10-2014 theaterdesk.com
"Schønwandt lets us hear all – the orchestral playing fiery and radiant, the tempi flowing (...) Fearless orchestral playing and a close, detailed recording"
01-10-2014 Luister
"No quote"
01-09-2014 Gramophone
"Schønwandt and his players make a nice distinction between the types of ending towards the movement's own conclusion, in the contrast of jutting or tapered phrases, that we used to call masculine or feminine."
05-06-2014 Northern Echo
"A rendition of visceral power, this is a must for Mahlerians."
30-05-2014 Classical CD Reviews
"The opening Andante is powerfully affecting, and the recording dies full justice to that astonishing writing for strings."
28-05-2014 Opus Klassiek
"There are already many excellent recordings of this symphony, but it is an asset."
Gramophone
""I hear a circumstantial decisiveness, borne of remembered familiarity, that may be considered appropriate given the symphony's own tantalisingly provisional status, completed but never finished as Mahler would have done if only determined to break his own established cycle of composition -- performance -- revision.""