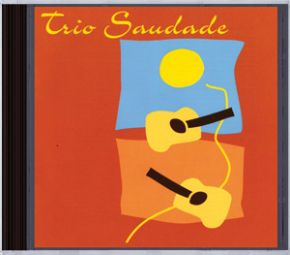 The CD consists of classical Spanish and Latin American repertoire. It covers the complete 20th century from de early years with compositions of Manuel De Falla and Hector Villa-Lobos until modern songs from Astor Piazzolla and Carlos Guastavio.
While listening to this album you will hear the contrast between the dynamical character of the music on the one hand and the lyrical singing on the other hand. The special melancholic atmosphere created by this is what they call ‘Saudade’ in Portugal.
Some of the music has been especially arranged for the setting with two guitars which gives the band and this CD it’s very own character and also links it to the traditional folkmusic in which singing and guitar playing very much belong together.
For devotees of this the classical repertoire this CD might be a surprising and welcome addition of their collection. For people with a broader interest in worldmusic it can be a real ‘eye-opener’.