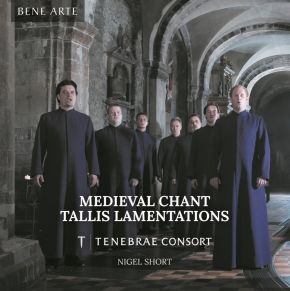 '• An exploration of classic works at
• the very heart of the Medieval and early-Renaissance British Choral Tradition
• Tenebrae Consort singers are hand-picked from the
• award winning chamber choir Tenebrae.
• Both singers and instrumentalists are directed from within the Consort by Nigel Short
• Focusing on repertoire originally
• written for consort performance, particularly early music, Tenebrae Consort aim to shed new
• interpretative light on their chosen repertoire'

Thomas Tallis (composer)More information
Nigel Short (conductor)More information
23-05-2014 Choir and Organ
"No nuance is neglected in an interpretation that occasionally indulges in wickedly enjoyable, almost romantic excess"
08-05-2014 Musicalifeiten
"The choir shines individually and collectively in all gradations between Sprechstimme and vocals, their nomination has lived narrative. Simplicity as a feature of the true."