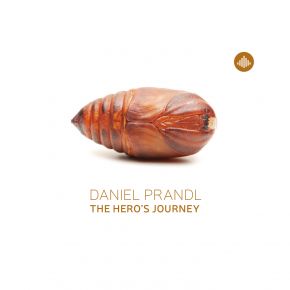 Through all times, in any culture it was the myth that gave humans orientation, showing them, what could be a successful life. Ancient legends, religious writings and folk tales from all over the world tell in many different forms the one unique truth, regardless of their origin or time of creation. It was Joseph Campbell, who started in the first half of the last century to search for a connecting item beyond the different narratives and developed the concept of the »monomyth«, published in his famous study „The Hero with a Thousand Faces“ (1949).
The „Monomyth“-concept refers to the idea that all mythic narratives are variations of a universal great story and the metaphors found in diverse myths produce a consonance, one cantus firmus in the polyphony of truths. The basic structures, that Campbell explored, hidden behind different creative »masks«, appear everywhere, when you deal with good stories. You’ll find them not only in the big, sense-making master narratives of high culture, but also in everyday and popular culture. We are always surrounded by these micro-narratives, even if we don’t consciously know about it. Furthermore Campbells ideas have become very popular among writers, designers, in movies, marketing and psychology.

„The Hero’s Journey“ approaches the concepts of Joseph Campbell musically in a curious and most innovative way, transforming them into Jazz, Contemporary modern music and Improvisation. It’s a Song Cycle of twelve compositions, leading our hero and the listener out of the ordinary life into real adventure. Inner and outer resistance has to be overpowered until the final showdown is reached - and the hero returns with the one elixir that might heal the world.
Trusting in the subtle and powerful effects of music, which is able to speak directly to the listener, „The Hero’s Journey“ aims at Campbells goal to unlock some of the truths, which are hidden within the shapes of religion and myth. These are truths that are as relevant in life and storytelling as the laws of natural science are in the »real« world. 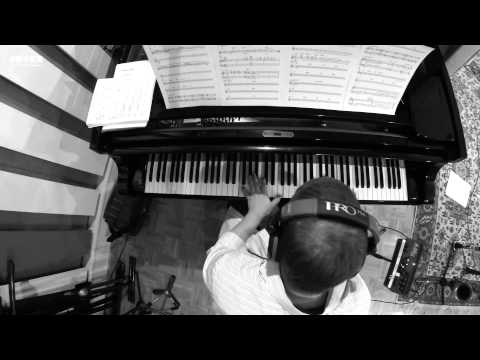 Daniel Prandl (composer)More information
Fred Hersch (composer)More information
08-10-2015 Piano Wereld
"["].. Literary journey of Daniel Prandl.""
20-07-2015 Jazzthetik
""The record unfolds a consice dramaturgy and a twelvefold nuanced sound-intensity that one would not have though could be handled by a quartet. Every single track of these twelve has a consciously designed, very individual temperature and balance.""
07-07-2015 Rheinpfalz
""...a great cinematic experience that brings the broad world of jazz closer to new groups of listeners without turning into pop or cumming up.""
07-07-2015 Mannheim Morgen
""The quartet moves into the widths of jazz with playfull elegance, shimmering expressive nuances and an unbridled joy for experiments. Brilliant!""
01-07-2015 Piano News
""Very relaxed, but never without tension, a harmonical and melodical varied discourse between the four artists unfolds. A nice example of contemporary music for devotees of free improvisations.""
01-06-2015 Jazzpodium
""... a thrilling and creative as well as inspiring music that moves between gentle sounds and eruptive playing. This CD documents range as well as means of expression of personal shaped modern jazz.""
03-04-2015 Jazzpages
"The quartet plays sensitive improvisations in a mixture of Jazz, contemporary classical music and global folklore of hidden music-archetypes, which make them sound so familiar."
01-04-2015 Audio
"Long live the melody!"
24-03-2015 Wochenblatt
"Programmatic jazz creates musical pictures in front of one's inner eye."