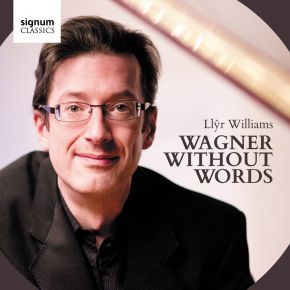 Welsh Pianist Llyr Williams (b. 1976) explores Wagner’s rich and evocative sound-world from a different perspective. Featuring arrangements of Richard Wagner’s operas by Liszt and Gould (as well as Williams’ own arrangement of music from Parsifal), at the center of the program is a selection of Wagner’s own piano pieces – many of which were written earlier in his career, hinting at the grand operatic masterworks which were yet to come. Mr. Williams is widely admired for his profound musical intelligence, and for the expressive and communicative nature of his interpretations.