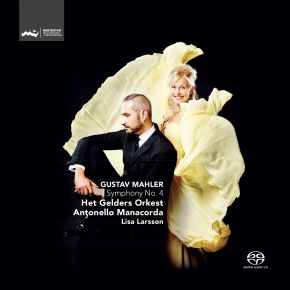 Not only in his fi rst symphony, but also in his third and fourth, Gustav Mahler repeatedly struggled with the various movements: whether to include them, or how to put them in the right place in the work. Symphony No. 3, completed in 1896, initially had seven movements, two of them to text from Des Knaben Wunderhorn. These Lieder, Es sungen drei Engel and “Das himmlische Leben”
showed clear thematic similarities and were indeed meant as a pair in the symphony. But Mahler decided to remove the latter Lied, which he had meant to be the seventh movement. The symphony was already quite long, and perhaps two Lieder from Des Knaben Wunderhorn was a bit too much of a good thing. Ultimately this Lied, which Mahler actually wrote in 1892, found a place in his Symphony No. 4, which he completed in 1901.

He had a very hard time getting this symphony started. By then he had been director of the Vienna Court Opera for two years, a job he had passionately desired, but which demanded a great deal from him. He genuinely needed the summer holiday to rest and spend time relaxing and composing. But the summer he spent on a tiny lake in upper Salzkammergut was disastrous. The weather was poor, there was a lot of rain, and his summer home was uncomfortably close to a local music tent where a jolly brass band played all
day long. The next year things went better. Through friends, he took a villa in Maiernigg, on the Wörthersee in Carinthia. At the bottom of the garden, hidden in the greenery, was a small house to which Mahler could withdraw. In this ‘Komponierhäuschen’, as he called it, he had the peace and quiet he needed for his music. There, in the garden house, he no longer had any trouble completing his fourth symphony. At fi rst, Mahler had wild plans with this symphony. It was to be an extensive work of six movements alternating vocal and instrumental parts, somewhat like the third symphony. But gradually the scope of the concept was reduced to four movements, with only the final one containing a limited vocal element in the form of a soprano solo. She sings the praises of heavenly eternity as seen through the eyes of a child. It is a hushed song, profoundly beatifi c in its mood, and it determines the colour of the rest of the symphony. The structure of this piece is almost intimate; even the orchestra is small for Mahler. The fi rst movement is cheerful, with sometimes banal and waggish popular melodies. A reminiscence of his noisy holiday in 1899? The second movement also seems to point in that direction, with its solo violin purposely out of tune, playing its sinister little dances like a mediaeval viol, cheery and just a wee bit creepy, just the way a child would like it. In the long, drawn-out Adagio Mahler had his mother’s face in mind, soft and gentle
but with a hint of sadness. The audience was clearly rather less enchanted with Symphony No. 4. After its three majestic predecessors, they had been expecting another showpiece, and had not counted on this extremely subtle music. The audience greeted its premiere in Munich with boos and hoots, yet in Amsterdam, the performance with the Concertgebouw Orchestra and his good friend Willem Mengelberg in 1904 was a huge success. Despite the unusual approach: Before the interval, Mahler conducted the work, after the break, the entire symphony was repeated, with Mengelberg conducting.

Arnhem Philharmonic Orchestra (orchestra)More information
01-06-2015 GRAMOPHONE
""Prominently featured in the packaging, she is in effect the star of the show, gifted three extra songs in what is her second collaboration with the accomplished Arnhem-based ensemble on Challenge Classics.""
11-05-2015 Crescendo Magazine
""Thanks to the energetic temperament, it allows the listener to create in his own environment his own imaginary world.""
06-03-2015 Luister
""The singer and recording are excellent""
01-03-2015 International Record Review
"["].. The three songs from Des Knaben Wunderhorn are welcome fillers, and they're beautifully delivered, too, though Manacorda's eloquent and imaginative reading of the Fourth Symphony stands memorably on its own terms.""
02-02-2015 NRC Handelsblad
""Manacorda has his own views and doesn't stick to the 'nicht eilen' in the first movement with winterly joy in snow. In the third movement we rise slower than ever through dark clouds to the pompous gate of heaven. Behind this is the radiant light and peace.""