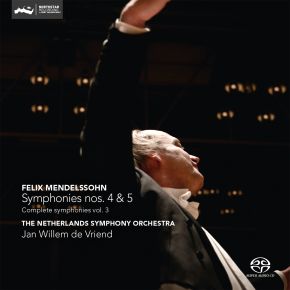 There could barely be a greater contrast between Mendelssohn’s Italian and Reformation symphonies. The Italian: a fiery, vivacious Mendelssohn, a perfect illustration of his nervous and enthusiastic nature and a rousing romp through Italy. The Reformation: often solemn, with a clearly religious bias; a work that might even be referred to as a ‘monument’. But there is also a similarity. Mendelssohn never wanted either of these works to be published. Oddly enough, he was not satisfied with them. They came to be printed after the composer’s death. The composer’s symphonies are numbered according to their publication dates rather than chronologically by when they were written. ‘No. 4’, the Italian (written in 1833), was actually the third and ‘No. 5’, the Reformation (1830), the second.
The Italian is a real party piece. This was certainly the view following the work’s premiere in London on 13 May 1833, given by the Philharmonic Society. (Mendelssohn was highly acclaimed in London, where he had been commissioned to produce a new symphony).
The Reformation Symphony had its roots in quite different soil. In 1830, Germany was celebrating the 300th anniversary of the Confession of Augsburg. The Confession was a key document for Lutheranism, and its submission to Emperor Charles V in 1530 marked an enormous event for the Reformation, as Lutheranism became the official state religion. Mendelssohn wanted to make a contribution towards this national obeisance with a large-scale symphony. He incorporated two well-known Protestant melodies into the work.

Dear Rob, You can find DSD downloads at the following website: https://challengerecords.nativedsd.com/albums/cc72658symphonies-nos-4-5 Enjoy! 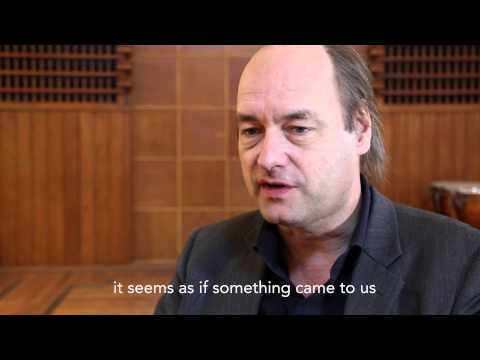 The Netherlands Symphony Orchestra (orchestra)More information
01-06-2015 Luister
""They seem so simple and quietly moving, but the power of music is also in the seemingly rolling obvious sovereignty that subtle takes obstacles."
"

15-05-2015 De Volkskrant
""If their is one wire through the rich musical life of Jan Willem de Vriend is it his enthusiasm." "
01-04-2015 BBC Music Magazine
"4****
["].. Supported by alert orchestral playing, he reveals a style closer to Beethoven than is often the case in these two symphonies."
"
30-03-2015 BBC Music Magazine
"De Vriend's Mendelssohn is muscular and dynamic. 4 out of 5 stars"
13-03-2015 BR Klassik
""Such a fresh breeze didn't sweep throug Mendelssohns "italian symphony" in a long time""
06-03-2015 Luister
""A special mention deserves the rich sound of the woodwinds that get an important place in the colourful whole.""
05-03-2015 Pizzicato
""De Vriend and his orchestra present volume 3 with the symphonies of Mendelssohn, that already has reference status just as the complete Beethoven symphonies."

"Jan Willem de Vriend demolishes the image showing Mendelssohn as a nice and romantic composer with a flowery sound. His Mendelssohn is modern, dynamic virile and peppery."

"
01-03-2015 Gramophone
"["]...I concluded that, 'for a fresh immediate statement that compels one's attention from start to finish, I cannot imagine anyone being disappointed by this new release'.""
06-02-2015 Trouw
""As well as with the Symphonies of Beethoven De Vriend has removed the dust from these works."

"A splendid plea for this unjustly forgotten music."