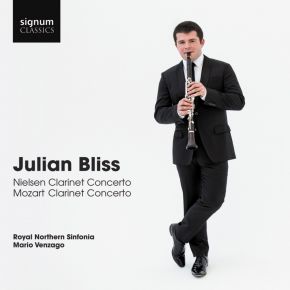 Julian Bliss performs the Clarinet Concertos of Mozart and Nielsen – often thought of as the two greatest such works in the repertoire: twin examples of what can be achieved by composers who have been truly inspired to write for the clarinet, using its uniquely expressive qualities to produce enduring and comprehensively masterly compositions.