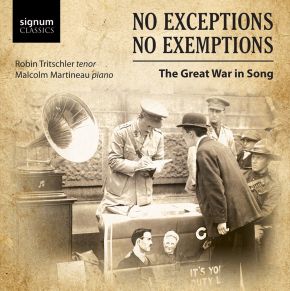 A song recital commemorating WWI brings to mind works by the poets and composers who fought valiantly for their country. But the affliction of the War was not restricted to the battlefields. There were those interned, those who stayed to defend their home, and those forced from their homes by advancing armies. This recital draws its inspiration from those lives upended by the Great War, friend or foe, soldier or civilian. Alongside established works, this recital program introduces some little known songs to more fully portray the humanity of those caught up in maelstrom.