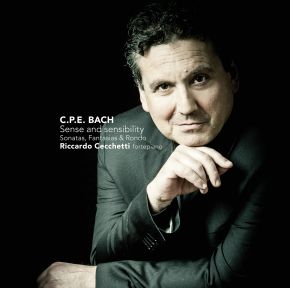 We now recognise Carl Philipp Emanuel Bach as the bridge between the baroque and classical periods or, in other words, between his father Johann Sebastian and Franz Joseph Haydn. Carl Philipp Emanuel, as opposed to his brothers, likewise being musicians taught by their father, always cultivated the Johann Sebastian tradition. Yet very different to his father is the character of his compositions and his aesthetic outlook: the contrapuntal treatment of themes, by now out of fashion, is put into storage; what is important for him is invention, the moulding and development of the melodies which are all graceful, aristocratic, cheeky, bouncy, incisive and conspicuous compared to the rest of the construction. Carl Philipp Emanuel wrote for the harpsichord, the clavichord and the pianoforte, which eventually would become the favourite of the three.

Empfindsam (sentimental) is used to describe his style. The sophisticated structure of his works oscillates between pathos and emphasis; the sonorities suddenly dart around in flames, the harmony cannot keep still and fulminates in distant regions far from home, the rhythm battles against phrases of unequal length, against an interrupted breath, a pause or a sudden flourish of ornamentation. With Carl Philipp Emanuel Bach, certain oddities of the baroque style naturally flow into the stratosphere of Sturm und Drang – the prelude of romanticism. 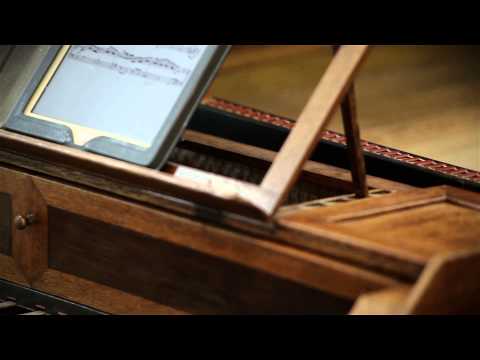 Béla Bartók (conductor)More information
01-02-2016 Fono Forum
"Fono Forum Best Of 2015 - Ingo Harden: "A cross section of the late work which expresses the fantastic main feature of this music in a decisive and headstrong manner, but always perfect in form.""
05-08-2015 klassik-heute.de
""Riccardo Cecchetti proves on this CD that he is an extraordinary solist on the fortepiano. He comes up with a rich intonation, wonderful tempo rubato and distinct, but never exaggerating temperament and shows a in an exemplary and beguiling way, what - in the sense of the composer - an inspired paino playing means."
Artistical quality 10/10
sound quality 9/10
Overall impression 10/10


"
28-07-2015 Stuttgarter Zeitung
""Riccardo Cecchettis gestural-rhetorical play appears like an improvisation. (...) Really a CD for experts and admirer.""
01-07-2015 Piano News
""Recordings that have no rivals. They are mainly immaculate, exemplary ones. Rarely this notes have been implemented in such an accurate way."
Interpretation 6/6
Sound 5/6
Repertoire value 6/6"

01-05-2015 Diapason
"'Because he systematically and dryly accentuates the notes to their relief,  he subjects the whimsical and adventurous development of the sentence to a merely vertical event.'"
08-03-2015 The Observer
"['']...Riccardo Ceccheti plays them all with fire and a fine sense of direction, using a rather gentle German fortepiano of aroun 1785, which has almost all the expressiveness of a clavichord, but with added bite, so that the fierce accents really tell...['']"