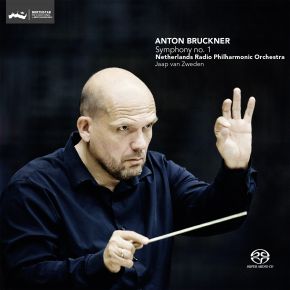 Listening to the First Symphony is a trip of discovery through Bruckner’s countryside, within the triangle formed by Ansfelden (birthplace), St. Florian (with its famous Stift, where Bruckner, first as a choirboy and later as a mature musician, found the much-needed distance from the workaday world to play the extremely beautiful organ) and lastly Linz.

In this First Symphony we already find the characteristics at the heart of Bruckner’s symphonic work: the outer movements exhibit three strongly profiled, truly symphonic themes that cry out for further development, while the polyphony – sometimes quite tightly woven – is an unmistakable part of the structure. No less convincing are the sometimes almost stormy Steigerungen (intensification passages), the elementary rhythmic energy and the extremely rapid modulations. What is still absent are the major chorales and the General-Pausen, the breaks that we already encounter in the Second Symphony (1872), the chief purpose of which was to separate the various thematic constructs. In the Adagio too, Bruckner goes all out in a lengthy quest for the gripping sound of A flat major, which does not let itself be found until the twentieth measure. The brilliant Scherzo is characterised by a highly contagious rhythmic energy that manifests itself in all layers of the orchestra, and only submits to being tamed in the rustic Trio. In the finale, drama and improvisation compete for the main role, but it is so soundly constructed that the entire piece remains in balance. There can be no doubt that Bruckner’s First Symphony is a masterpiece, one that portends the symphonic work yet to come in all its various manifestations.

Bruckner started the first notations for his First Symphony in January 1865 and completed the work on 14 April 1866. He himself conducted the first performance on 9 May 1868 in the Redoutensaal in Linz. In 1877 and again in 1884, the composer gave the score a thorough going-over and made a few modest alterations. But this was not the end of it: between 12 March 1890 and 18 April 1891 he created the Wiener Fassung for Hans Richter, who wanted to conduct the first performance of the First Symphony in Vienna. On this CD you can hear the Linz version. Both on the performance side and in the recording studio, over the years a strong preference has arisen for the Linz version. And the preference is not entirely without reason: the Linz version generally sounds more adventuresome or, if you prefer, somewhat less polished than the Vienna version.

Netherlands Radio Philharmonic Orchestra (orchestra)More information
26-05-2017 Klassieke zaken
"For me the most desirable recording of Bruckner's First"
01-08-2015 Telegraaf
""Jaap van Zweden is the ultimate Bruckner-conductor. Whoever still doubts that, should listen to this recording." "
01-08-2015 Klassieke Zaken
"[''].. A right up the alley of Jaap van Zweden, who has proven himself over the years as an animated Bruckner performer.""
01-08-2015 GRAMOPHONE
"['']...With warm and clear sound on both CD and SCAD layers, it is difficult to think of a finer version of the First Symphony in the catalogue...['']"
01-07-2015 Diapason
"Stars 4/5"
22-06-2015 NRC
""The Scherzo with sharp edges and explosive final are of a childish brutality that Bruckner would definitely approve.""
22-06-2015 NRC Handelsblad
""One believes in this score, like Van Zweden's tireless drive and the musical enthusiasm of the orchestra prove.""
17-06-2015 De Volkskrant
""... with the First Symphony, it turns out how in the RFO and his former principal conductor lurks a golden Bruckner-combi."

The New York Times his name was mentioned as potential conductor of the New York Philharmonic. After such a Bruckner one can believe it.""
01-06-2015 Klassieke Zaken
"Ad: Klassieke Zaken"
01-06-2015 NRC Handelsblad
""Wonderfully detailed implementation: analytic and well performed, masterly played also by RFO.""
01-05-2015 Opus Klassiek
""For me it desrves a place of honor in the musical ' Guinness Book of Records ' and as far as I'm concerned for an Edison eligible.""