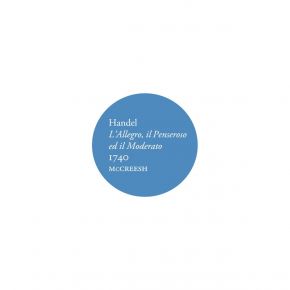 The Gabrieli Consort & Player’s first Handel recording in over a decade is particularly special, recreating in painstaking detail the very first performance of L’Allegro, il Penseroso ed il Moderato, given in 1740, with additional instrumental repertoire including a Handel organ concerto and two concerti grossi. The recording sessions for this project began in May 2013 with the then 15-year old star treble Laurence Kilsby, who sang four of the L’Allegro arias that Handel himself assigned to a treble voice. The project’s remaining recording sessions took place in June 2014, with the complete Consort & Players, and soloists Gillian Webster, Jeremy Ovenden, Ashley Riches and Peter Harvey, only to be finally completed in December 2014 with the recording of the additional instrumental repertoire that features the longstanding principal members of the Gabrieli Players – Catherine Martin, Oliver Webber, Christopher Suckling and William Whitehead – performing as solois