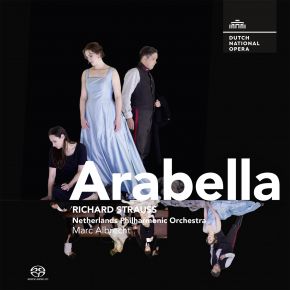 Arabella is an opera about change, a light comedy with a bittersweet edge. Richard Strauss asked his librettist and long-term collaborator Hugo von Hofmannsthal for a ‘second Rosenkavalier. In many ways he got just that, though Arabella is resolutely more down to earth than its rococo predecessor.

The Waldner family has hit hard times and marrying off their daughters has therefore become their sole aim. While Arabella readily embraces her future, her story nonetheless touches on fundamental concerns about the irrevocable passage of time and humankind’s shared vulnerability. Those issues eerily played out in the opera’s gestation and performance history. Not only would it become Strauss and Hofmannsthal’s final collaboration due to the latter’s untimely death, but the opera would also see the light of day in a significantly darker world than the one in which it was conceived. Alone, Strauss honoured his late friend by completing Arabella, whose blithe optimism first came to the stage in 1933, at the beginning of another dark era in history.

Pity this wasn't recorded for release on DVD.

Why isn't this production available as DSD download?? I think it is worth and most of challenge's recordings are available as thus on nativedsd.com