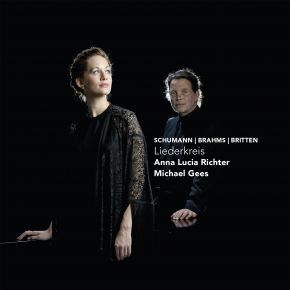 “But if there is such a thing as a sense of reality – and no one will doubt that is has its raison d’être – then there must also be something that one can call a sense of possibility. Anyone possessing it does not say, for instance: Here this or that has happened, will happen, must happen. He uses his imagination and says: Here such and such might, should or ought to happen. And if he is told that something is the way it is, then he thinks: Well, it could probably just as easily be some other way. So the sense of possibility might be defined outright as the capacity to think how everything could ‘just as easily’ be, and to attach no more importance to what is than to what is not.” (from: Robert Musil, The man without qualities. Translated by Eithne Wilkins and Ernst Kaiser)

What is improvisation? In large part, if not indeed predominantly, a sense of possibility: that a song is sleeping in all things. And faith in the inexhaustible richness of manifestation and proliferation. And courage not merely to repeat the tried and true, but to return to it, perhaps to acknowledge, even be shocked by, its continuing newness. And trust. We can already make a beginning with what we can offer each other in atmosphere and motive, and recognise and support what that seeks to become. Will without aim, like Atreyu at the No-Key Gate in Michael Ende’s Neverending Story: that is improvisation.

We have named our programme Liederkreis, although it certainly breaks the bounds of Schumann’s op. 39 cycle. We know from Robert’s letters to Clara that the poems he set were favourites of them both, and an extremely idiosyncratic compilation it is too. Unlike Dichterliebe, this cycle does not present a straightforward narration. Nonetheless, it pleased Eichendorff: in the poet’s own words, it was Schumann’s music that brought his poems to life. His ‘most Romantic music of all’, as Robert described the op. 39 cycle to Clara, became so sanctified in the 20th century that it seemed as though Robert Schumann had composed his Mondnacht to inhibit us in our own imaginative response, instead of it being intended, like all his songs, as a stimulating contribution, meant to inspire joy in pure performance, to the evening entertainments presented by such artists as Julius Stockhausen and Clara Schumann – far more colourful occasions, musically speaking, than many of the sometimes sterile Liederabende of decades gone by.

As things stand, modern musicology is in the process of giving its sanction to creative relationships with past repertoires and their forms of presentation. It is thus nothing sacrilegious if we just for once relieve Schumann’s work of its heritage protection in favour of letting ourselves be led by our “most Romantic” sense of the possible.

We consider the Eichendorff settings as a succession of songs, linked with a dreamer’s logic, that is not merely associative in itself but also leaves room for further associations and the development of their potential.

In this way we have imagined, between the songs, spaces for further ideas and elements. Folk songs, for example. One might well wonder why – we certainly have. Because Robert Schumann already in his own time perceived a  growing chasm between the musically educated and the likes of you and me? Because he conjured up, perhaps despite his own doubts, a communal artwork of the people; because he struggled for a folk-like naturalness, the so-called “Volkston”, even if according to his own judgement his struggle was not exactly successful?
It is no easy matter to account for one’s ideas…

And yet we wish to make an honest attempt. So, folk songs it is. Brahms’s arrangements were an obvious choice, Brahms being in a way Schumann’s foster son. But what does Britten’s bittersweet, harmonically ambiguous view of the folk song have to do with Schumann? Or with Eichendorff? Does it touch us that the composer, temporarily resident in America in 1942, took up the songs of his embattled homeland? Or, more broadly, how the visionary, poetic concept of homeland in folk song, art song, and their corresponding poetry miraculously blurs with reality? Does the term ‘Romantic’ denote not so much an epoch as an attitude, namely, that of openness for the spiritual reality behind manifestation? “And my soul spread wide its wings, flew through the silent lands as if it were flying home.” Surely we all share this longing, as much now as 200 years ago.

And so we too have spread the wings of our soul and taken a creative role while letting ourselves be led by echo and anticipation. What must we do for the songs of yesteryear so that they may reach us? The sentiment of the soul’s readiness for death is of course much harder to evoke today than it was in the past. The anticipation of the imminent “time of silence” (“Stille Zeit” – In der Fremde I) requires preparatory attunement, a sense of the preciousness of silence in an all too clamorous time. Even the very first sentence, “From my homeland, behind the red flashes of lightning, come the clouds” all too easily evades our souls, as illuminated and deprived of magic as they are. This is not how we contemporaries think. We have no wish to know a world we cannot see.

It is with such thoughts in mind that we wandered, hearkening, from song to song, choosing, rejecting, and eventually deciding on this or that poem for spontaneous musical setting. Improvisations came into being in a spirit of trust for creative, collaborative listening – snapshots, uncut, unrepeatable, intended as sincere contributions to a living whole, captured in a process of development.

We were thankful and felt ourselves encouraged when, for example, after Schumann’s Wehmut (Melancholy) we could call on Brahms’s arrangement of the folk song Da drunten im Tale (Down there in the valley), that can only have arisen out of the courage (‘Mut’) to feel sorrow (‘Weh’), or when Schumann’s Schöne Fremde found such a direct echo in Britten’s How Sweet the Answer.

Theodor Adorno, who sought to assert the deep dramaturgical coherence of the op. 39 Lieder, nonetheless allowed doubt to creep in near the end of his consideration of the cycle. “Zwielicht attains, as the poem demands, the centre of gravity of the whole, the deepest, darkest point of feeling. Its echoes colour the eleventh song, the vision of the hunt Im Walde. Finally, in starkest contrast to the whole cycle, the uplifting Frühlingsnacht.”

In starkest contrast? One might just as well say: there is a connection missing. We have entrusted Eichendorff’s madly trembling Nachtwanderer with the task of taking the pioneering leap from here to the beyond. From shuddering in the face of the void (“…all sound died away”) to rejoicing in communion with the essential (“She is yours!”) it is indeed a long way… 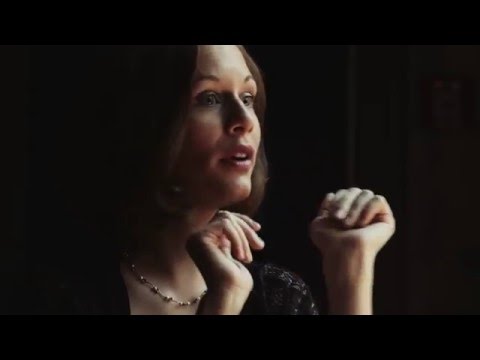 Robert Schumann (composer)More information
01-12-2016 Luister
"(...)  really feel a symbiosis with Michael and with the audience (...)"
25-10-2016 De Volkskrant
""When I could pre-sing by Haitink, I picked the notes from internet and took a taxi, ""
08-04-2016 niusic
""What a rarity! Anna Lucia Richter is a singer with a mind of her own and this is her benefit.""
06-03-2016 Klassiek Centraal
""The songs all bath in an enigmatic, sensitive atmosphere, breathe nostalgia and melancholy. The piano accompaniment is soft-romantic, but at the same time contemporary-sober, which the voice supports.""
01-03-2016 Fono Forum
""...one can only be enchanted by her voice: a girlishly bright organ, able to add gravity in timbre if necessary..." "While listening, time occasionally stands still.""
01-03-2016 Luister Magazine
""With the same ease she does a whole song cycle. Impressive!""
21-02-2016 Klara's
""They break through the song cycle not just with arty folk songs of Brahms and British and with their own, insanely beautiful improvisations on other texts of Eichendorff.""
13-02-2016 Radio Bremen
"CD-recommendation "Klassikwelt""
19-01-2016 Bachtrack
"Interview"
30-12-2015 Opera Nederland
"3***
["]..Anna Lucia Richter however sings beautifully. She has a beautiful , lyrical soprano , reminiscent in the middle register with Felicity Lott . She sings with charm , expression and love and respect for the compositions. Possibly a CD with only " Extempore " would be even more interesting. The CD booklet contains a woolly, quasi- philosophical essay by the performers themselves.""

27-12-2015 hr2-kultur
"CD-recommendation of the week"
14-12-2015 NRC Handelsblad
""Richters special, slender and yet deep voice captivates from beginning to end, her diction is phenomenal.""
05-12-2015 De Hand Van Guido
"4****
"That Richter has much more to offer than a groomed voice, becomes clear when listening to her debut-cd. In a flash of inspiration she sings Schumann's 12-part cycle Liederkreis Op. 39 completely to pieces.”
“Michael Gees is, besides being an outstanding accompanist, a gifted creator of atmosphere. His piano becomes a magic harp that radiates arounds Richter’s sound.”

02-12-2015 Volkskrant
"4****
"That Richter has much more to offer than a groomed voice, becomes clear when listening to her debut-cd. In a flash of inspiration she sings Schumann's 12-part cycle Liederkreis Op. 39 completely to pieces.”
“Michael Gees is, besides being an outstanding accompanist, a gifted creator of atmosphere. His piano becomes a magic harp that radiates arounds Richter’s sound.”

01-12-2015 BR Klassik
"With their free thinking, intelligent and protomusical performance these two artists lead the way back to the folk songs core."