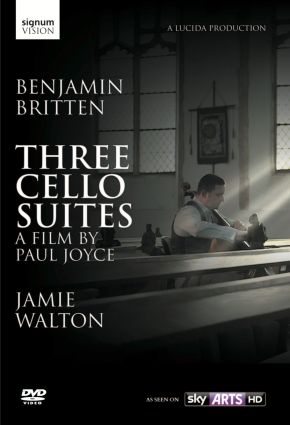 The Britten Suites for solo cello have a very personal significance for me, ever since I discovered them in a library during a particularly challenging period in my life – the music spoke in a way which could be described as life-changing and the motivation to learn these works became one which navigated me out of turmoil.
It was many years later, after a long break away from the music, when I felt the desire to record them (at Snape Maltings). It was the last recording I made with my friend and producer John West before he sadly passed away – the first work we ever recorded together was the Britten Cello Symphony, so in a way we came full circle having made a number of recordings in between, including the Sonata in C.
The Suites are so fascinating to study – both technically and musically. The potential of the instrument is magnificently fulfilled with originality and astonishing imagination, yet never vacuously so. The depth and power of this music is such that you can’t help being drawn in and I felt the need to present these masterpieces visually in this film – I hope that this approach helps to create an extra element of accessibility for those who may not necessarily choose to simply listen to the Suites, after all an extremely intense and specialised experience.
I dedicate this recording to my late friend and producer, John West.