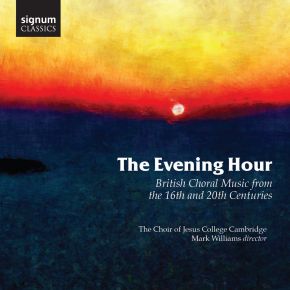 The Choir of Jesus College Cambridge’s new release on Signum blends a selection of ancient and modern works from the 16th and 20th Centuries, all centred on the theme of evening.
This is the choir’s fifth release on Signum, following past releases which have drawn near universal praise from critics: