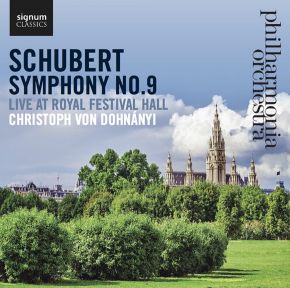 This outstanding performance was recorded as part of the Philharmonia Orchestra’s 70th concert season. Led by Honorary Conductor for Life Christoph von Dohnanyi, this recording was taken live at the Royal Festival Hall in October of 2015. Believed by many to be Schubert’s greatest symphony, this work is interpreted by Dohnanyi beautifully, and with grandeur and intensity.