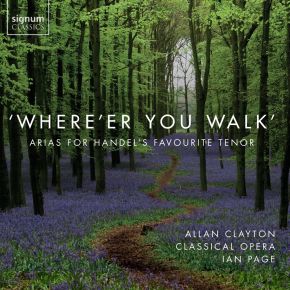 The arias on this new release from Classical Opera were all composed for famed 18th century tenor, John Beard (1716-1791). Compositions featured are from Handel and his contemporaries, John Christopher Smith, Thomas Arne, and William Boyce. Allan Clayton is the featured tenor on this recording. Also included is a duet with Mary Bevan, taken from Handel’s L’Allegro, il Penseroso ed il Moderato.