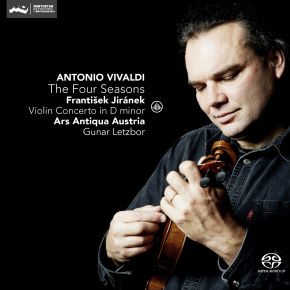 Austrian Baroque music takes center stage in the repertoire of this unusual Baroque ensemble. The music performed at the Imperial Court in Vienna at this time was initially heavily influenced by the music of Italy, later by that of France; Spanish court ceremonial also had important artistic effects in Vienna. The typical Austrian sound of this era was characterized by the impact of its many royal domains. The political and societal boundaries of Baroque Austria stretched much further than nowadays. Elements of Slavic, Hungarian and Alpine folk music styles had lasting effects on art music, making up its specific sound. But the Austrian sound also reflects the temperament and the character of the people of the time: placed within the melting pot of many diverse cultures, amalgamating Mediterranean zest for life, Slavic melancholy, French formalism, Spanish royal ceremony and the original Alpine elements of the German-speaking period. This mixture of court music and folk music with a dance-like character outlines the typically Austrian sound. The ensemble Ars Antiqua Austria is dedicated to musicological research of Austrian Baroque composers. The abundance of rediscovered works led to several successful premiere recordings, including albums featuring the works of R. Weichlen, H.I.F. Biber, G. Arnold, F. J. Aumann, and more. In the words of conductor Gunar Letzbor: “It is almost impossible nowadays to perform Vivaldi’s music without any preconceptions, even if one engages with it only rarely. Vivaldi’s sound is ubiquitous… There is so much to discover amongst his works, away from mainstream sounds. This recording and its preparation: practicing in peace and quiet, trying out sounds, receiving and discarding ideas, taking in the texts, rediscovering melodies, and if possible, never listening to any Vivaldi recordings.”

What a good suprise ! I was stuck on my chair and that is the first time of my life I've heard the four seasons twice. Undoubtly the best baroque violon I've heard in Vivaldi, above Carmignola, Beyer and even Podger Please, Gunar, play opus 9 or other concertos from Jiraneck, Vivaldi or Telemann !

Hubert Hoffmann (featured)More information
01-04-2018 Tijdschrift Oude Muziek - TOM
"In the Early Music Festival, Letzbor and his ensemble will perform a series of concerts at the end of November that will once again sparkle."
06-02-2017 Fono Forum
"Ars Antiqua Austria explores Vivaldi's sound effects in a very picturesque expressionistic manner"
01-02-2017 Gramophone
"Gunar Letzbor and Ars Antiqua Austria have certainly brought a distinctive new take on the concertos here."
02-01-2017 Hifi & Records
"The interpretation of Gunar Letzbor is puristic and independently, but original. Formidable!"
01-11-2016 Luister
""Nice craftmanship, that in the energetic lecture from Ars Antiqua Austria completely suits here.""
01-10-2016 Tijdschrift Oude Muziek
""His jokes are more subtle than Letzbor's, and the mucisians from Concerto Köln are following Sato flawlessly""
05-09-2016 NRC Handelsblad
"Refreshing: the intonation was at some moments very liberal; but you have never heard Vivaldi this lazy, raw and adolescently obstinate. "
29-08-2016 Radio 4
"Album of the week on Radio 4 "