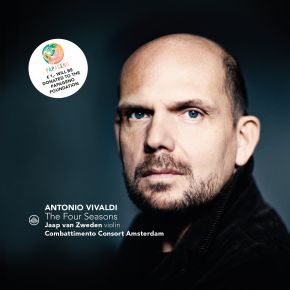 It is remarkable that listeners in later ages hardly ever share the preferences of a composer’s contemporaries. This is also true to a certain extent in the case of Antonio Vivaldi. The twelve concertos op. 8, Il Cimento dell’Armonia e dell’Inventione of which The Four Seasons are the first four, were only printed four times. The first edition, published in Amsterdam by Michel Charles le Cene, appeared in 1725, and it was reprinted three times by the Paris publisher Le Clerc.

Combattimento Consort Amsterdam (orchestra)More information
25-01-2017 Kerk en Leven
"It remains one of the best performances, even though it's from a few seasons ago."
01-11-2016 Kerk en Leven
""From the begin until the end you will enjoy a fine translation, fresh played from the liver and with a youth bravura,but always to the point. ""