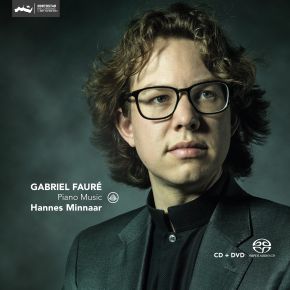 Thirteen Nocturnes and as many Barcarolles form the core of the collected output of Gabriel Urbain Faure for the piano. Night-time meditations, then, along with inspiration drawn from rippling water (the origins of the barcarolle lie in the songs sung by Venetian gondoliers and the word itself comes from the Italian ‘barca’, a boat.) Along with some impromptus, preludes and other works, one might rapidly gain the impression of a delightful collection of salon music, whose titles may actually display the influence of Chopin. But this music is so very much more than pretty salon music. In the intimacy of these genres, Faure succeeded time and again in nothing short of exposing his very soul. And the French composer’s style is entirely his own- original and personal- from the first note to the last.Hannes Minnaar received international acclaim after winning several international competitions and being awarded a Borletti-Buitoni Trust Fellowship. His two prior solo album 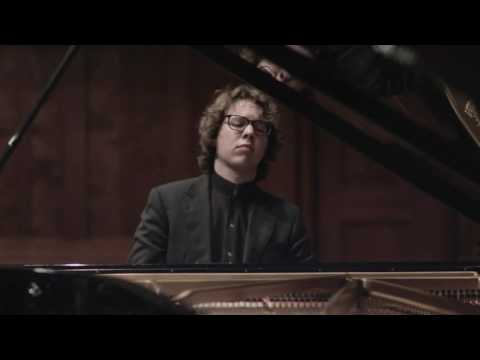 This is one very exhilarating recording with piano works by Fauré. Hannes Minnaar’s playing is not only sensitive but also lyrical und sometimes dreamy. With a wide spectrum in sound shades, much refinement and a continuous flow the Dutch pianist’s performances are absolutely fascinating.

"
03-02-2017 Kerk & Leven
"(...) Minnaars' rendition indacates perfectly how Fauré shows his personal feeling on a higly original way. (...)"
20-01-2017 Luister
"Luister 10!
It is very difficult to make it seem as simple as Hannes Minnaar does. It becomes very clear on the enclosed DVD, recorded with an audience in the same room where the excellent CD recording was made: Westvest Church in Schiedam.
"

"And he also plays the less played works from Fauré very well."


01-12-2016 Klassieke Zaken
"''This album only contains music composed by Fauré and this shows Minnaar his love for a componist with whom he feels connected.''"
04-11-2016 Mania
""Hannes Minnaar does not only play this wonderful music superbly and simple, he also magnificently knows how to present the intimity from these original and personal style.""
27-10-2016 France Musique
"France Musique / 27-10-2016"
19-10-2016 Het Parool
""Bondage, but particularly a personal lyric was the red line in Minnaar his solo in Rob Zuidam his Tanglewood concerto.""
15-10-2016 De Gelderlander
"Hannes Minnaar knows how to expose the music. Not a lot of people from his generation can do this.
"

05-10-2016 AvroTros
"CD of the week: Pianomusic of Fauré by Hannes Minnaar"
04-10-2016 NRC Next
""The Radio Filharmonisch Orkest played the part led by Markus Stenz dedicated and accuteraly, Minnaar claimed a modest lead role.""
03-10-2016 De Volkskrant
"“I have found my voice. What is that voice? I can say now open and honestly that I am a unadorned pianist. I used to fight that categorisation but now I know that I hate adorned, and fringes or showing off.”"
30-09-2016 Trouw
""Above all, Hannes wants to understand and transfer the personallity from a piece as good as possible.""
22-09-2016 De Standaard
""It is a memorable year for Hannes Minnaar.""
01-09-2016 Pianist
""Now Hannes Minnaar is up for an international career, and the jury of the Dutch Music Prize recognises his potential as well."  "
01-09-2016 Piano Wereld
""At October 1st. Hannes Minaar will receive the prestigious Nederlandse Muziekprijs from minister Bussemaker.""
24-08-2016 NRC Handelsblad
""Hannes Minnaar wins De Nederlandse Muziekprijs""