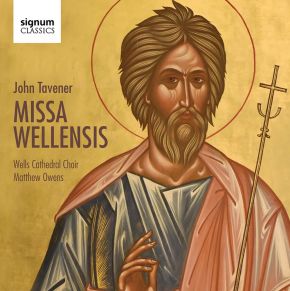 This release explores the works of British composer John Taverner (1944-2013). Taverner is particularly noted for his output of religious music. His The Protecting Veil was recorded by Steven Isserlis and became a best selling album, and his Song for Athene was performed at the funeral of Princess Diana. Matthew Owens is the Organist and Master of the Choristers of Wells Cathedral. Owens is responsible for the choral tradition of daily worship at Wells Cathedral, and has also toured widely and recorded extensively with the Choir. In 2011, the Choir was named by a Gramophone international jury as the best choir in the world with children, and the sixth best overall. This release features multiple world-premiere recordings, most of which were commissioned especially for the choir. Among these are the Preces and Responses as well as They are all gone into the world of light.