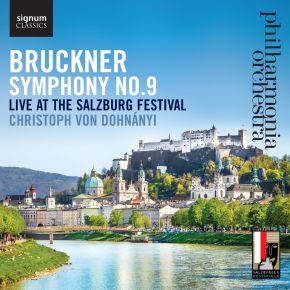 Symphony No. 9, Live at the Salzburg Festival

Recorded in 2014 at the beginning of a series marking his 85th birthday season, Christoph von Dohnányi leads the distinguished Philharmonia Orchestra in a live performance of Anton Bruckner’s monumental Ninth Symphony, which stands alongside the other epoch-defining Ninth symphonies of Beethoven and Mahler. Mr. von Dohnányi was the sixth music director of the Cleveland Orchestra for close to two decades; since 2002 he has been an honored, regular guest conductor with many of America’s leading symphony orchestras, including those of New York, Philadelphia, Los Angeles and Boston.