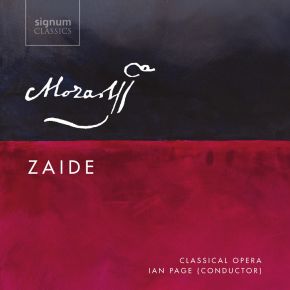 Classical Opera continue their series of the complete Mozart operas on Signum with Zaide - a new completion of Mozart's unfinished work by conductor Ian Page. Composed during his early 20's, Mozart began work on the opera in Salzburg but later left the work to compose Idomeneo, subsequently leaving no overture or third act. The opera is set in a totalitarian regime where a couple have fallen in love, incurring the jealous of the ruling sultan.