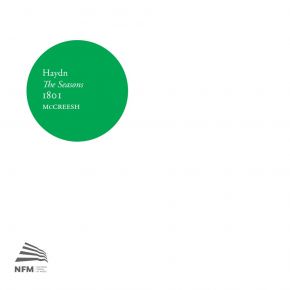 The Gabrieli Consort continue their series of award-winning collaborations with the National Forum of Music, Wroclaw, Poland with a new version of Haydn’s great oratorio The Seasons. Using a new performing edition by Paul McCreesh, this recording is the first to feature the large orchestral forces that Haydn called for, including a string section of 60, 8 horns and a choir of 70. As well as the combined forces of the Gabrieli Consort & Players, Wroclaw Baroque Orchestra and National Forum of Music Choir, the recording features solo performances from British singers Carolyn Sampson, Jeremy Ovenden and Andrew Foster-Williams. All physical and digital booklet texts are provided in both English and Polish translations.