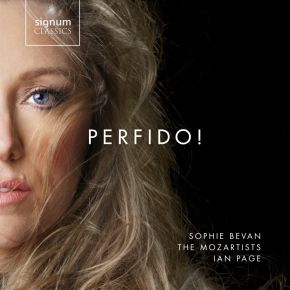 Leading British soprano Sophie Bevan performs a sumptuous programme of concert arias by Mozart, Haydn and Beethoven. Bevan is accompanied on this new recording by The Mozartists, recently launched by Ian Page's internationally renowned period ensemble Classical Opera as an expansion of its continuing exploration of Mozart and his contemporaries. Complementing Classical Opera's ongoing recording series of complete operas of Mozart, the creation of The Mozartists reflects the group's expanding repertoire and ambitious plans, and they can be heard in concert from September, 2017.

With insufficient interpretative means, Sophie Bevan’s singing is just technically and aesthetically convincing. The performances lack differentiation. Moreover, the accompaniment by The Mozartists is rather uninspired.