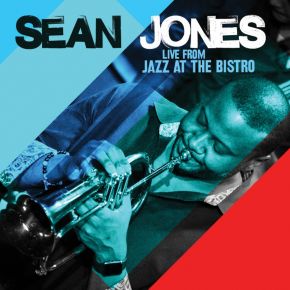 Live from Jazz at the Bistro

While he spoke these words a few years ago, they serve as a vivid manifesto for his new Mack Avenue Records album, Live from Jazz at the Bistro, his eighth for the label and arguably the most dynamic, playful and loose-limbed excursion of his career. “In a nutshell, I’ve been wanting to do a live album for a while,” he says. “I wanted to capture the band’s energy live and record what it’s like to go to one of my gigs. Granted, recording in a studio creates a polished sound where the music is all tied up. But this album, it’s real raw.”

Recorded at the St. Louis club Jazz at the Bistro, the seven-song album, produced by Al Pryor, features Jones presenting two versions of his band, as quartet and quintet, as they “hover on the bandstand between sobriety and intoxication,” he says. The longstanding quartet, comprising pianist Orrin Evans, bassist Luques Curtis and drummer Obed Calvaire has been together for eleven years.

The major alto-saxophonist from the Netherlands, Bart Wirtz has developed not only into one of the top saxophonists in Europe but one of the best altoists in the world. With his previous album ‘iDreamer’ he won an Edison award in 2012, for this new album Wirtz decided to team up with an even bigger ensemble and collaborated with one of the world’s greatest trumpet players Sean Jones (the orchestra of ...