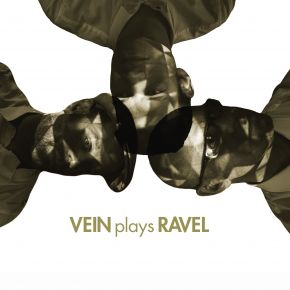 Those who appreciate jazz as a provocative, constantly questioning art form should hardly expect that a conventional band makeup such as this piano trio would completely detach itself from tradition. The common task is instead that the more formative the genetic reference, the more diverse the leeway for new. This is a belief that VEIN has made its own, the lively and bold band construct from Switzerland around the brothers Michael Arbenz and Florian Arbenz and bassist Thomas Lähns, for which the restrictive term "piano trio" has long since become too small.

Because VEIN has always been more. A sound surface for provocative color combinations, a testing laboratory of modern music, a vehicle for mutual inspiration, as impressively evidenced by a number of high-profile collaborations with prominent guest musicians such as Greg Osby and Glenn Ferris. The fact that especially classical music has played an increasingly important role in recent years for Michael, Florian and Thomas has been documented not the least by their recent CD "The Chamber Music Effect".  The innovative trio goes even a step further with their current project. "VEIN Plays RAVEL" is dedicated exclusively to the compositions of the French composer Maurice Ravel.

It's all about points of contact between Ravel and VEIN, although both worked/work in completely different eras. When Michael Arbenz decided that the music revolutionary who died at the age of only 62 years in Paris in 1937, one of the most colorful figures of classical music, represents "the obvious choice” for VEIN, then there are several reasons for this. Ravel lived in a time in which representational tradition drifted unmistakably into abstract modernism. The three Swiss citizens imagine themselves to be in a similar situation and want to enter new territory everywhere with their music without disavowing the traditional values ​​of jazz. The parallels with Ravel are obvious. As one of the first of his craft, the composer made use of at various music styles such as the Baroque, Spanish music and even jazz that was just beginning to blossom. VEIN is now turning the wheel further. The trio takes selected pieces by Ravel as a template to convert them into VEIN’s tonal language. With that, the three musicians revive the procedure of Ravel and compose pieces in the spirit of the great master one century later.

To this end, VEIN uses different compositions by Maurice Ravel with different stylistic structures. The CD contains three pieces from the suite "Le Tombeau de Couperin" and the "Mouvement de Menuet" from the sonatina for piano, in which Ravel was referencing baroque music. In addition, there is "Blues" from the violin sonata and the "5 o'clock Foxtrot" from the opera "L'enfant et les sortilèges" with unmistakable touches of jazz and salon music of that era.

The "Bolero” is of course the centerpiece, one of the most iconic pieces of the 20th century, as controversial as revered until today. In VEIN version, the trio is enlarged with a horn section that expresses the opulent orchestral aspect of this provocative work with impressive clarity. The Briton Andy Sheppard embeds his saxophone in the sound of the trio for the "Bolero" and the "Mouvement de Menuet" as a guest soloist. Thanks to his lyrical playing, Sheppard proves to be the ideal link between the hybrid worlds of VEIN and Ravel.

Inspiration as creative source: Michael and Florian Arbenz and Thomas Lähns are only too glad to take up what Maurice Ravel established as a means to an end, namely to operate with different musical styles and to convert them into his musical world, because it corresponds exactly to their own philosophy.  They add new elements such as grooves and improvisations and consequently create a sound that sounds like VEIN, but in which Ravel's spirit resonates in every phase.

Vein (orchestra)More information
01-12-2017 Muze - Pianowereld
"These great musicians are completely aligned. They prove that again with their jazz interpretations"
01-11-2017 jazzhalo
"The choice of the repertoire of Maurice Ravel seems from the first note perfectly in accordance with the aesthetics and intent of the trio: give the music of Ravel a new impulse of inspiration, while respecting the language of the French composer, a new direction."
31-10-2017 The Whole Note
"This tribute to the dead, written during World War I, is brought back to life by Vein with unconventional and progressive harmonies."
30-10-2017 JazzFlits
"Precious! Vein knows how to combine two worlds into a beautiful whole."
23-10-2017 Draai Om Je Oren
"An album that is mostly characterized by Guts. You have to dare to make such an iconic piece as the 'Boléro' in this way. If it succeeds and that is cenrtainly the case, you can knock on your chest as trio. So we are looking forward to the next experiment with the classics."
18-10-2017 Rootstime
"Great music and maybe a reason for some to listen to the music of Ravel."
22-09-2017 Trouw
"**** That crystal melodic motif in an elegant question-response game with the ever-running rhythm; ..."
02-09-2017 Jazzenzo
"The soft, smooth sound is pleasant and enjoyable and will not even be lost in busy passages."
01-09-2017 SWR2
"Although the jazz scene in Switzerland is relatively straightforward, formations can always be played beyond the borders of the country. This is certainly the Trio Vein from Basel"
01-09-2017
"My recent music is full of jazz influences, said the French composer."
29-08-2017 SWR2
"A refreshingly intersting recording"
22-08-2017 All About Jazz
"VEIN plays RAVEL sees the trio carefully select eight pieces by Ravel that encompass his various stylistic modes. Using them as a template and translating them into a VEIN-esque musical language, VEIN repeats Ravel's approach some 100 years later"
16-08-2017 Opus Klassiek
"The arrangements can take many forms: the structure of Ravel loaded with jazzy fragments or vice versa"
05-06-2017 Jazzflits
"The beautiful of Vein is that the end result is pure and exciting jazz and continues without even a moment the feeling that classical music is created."