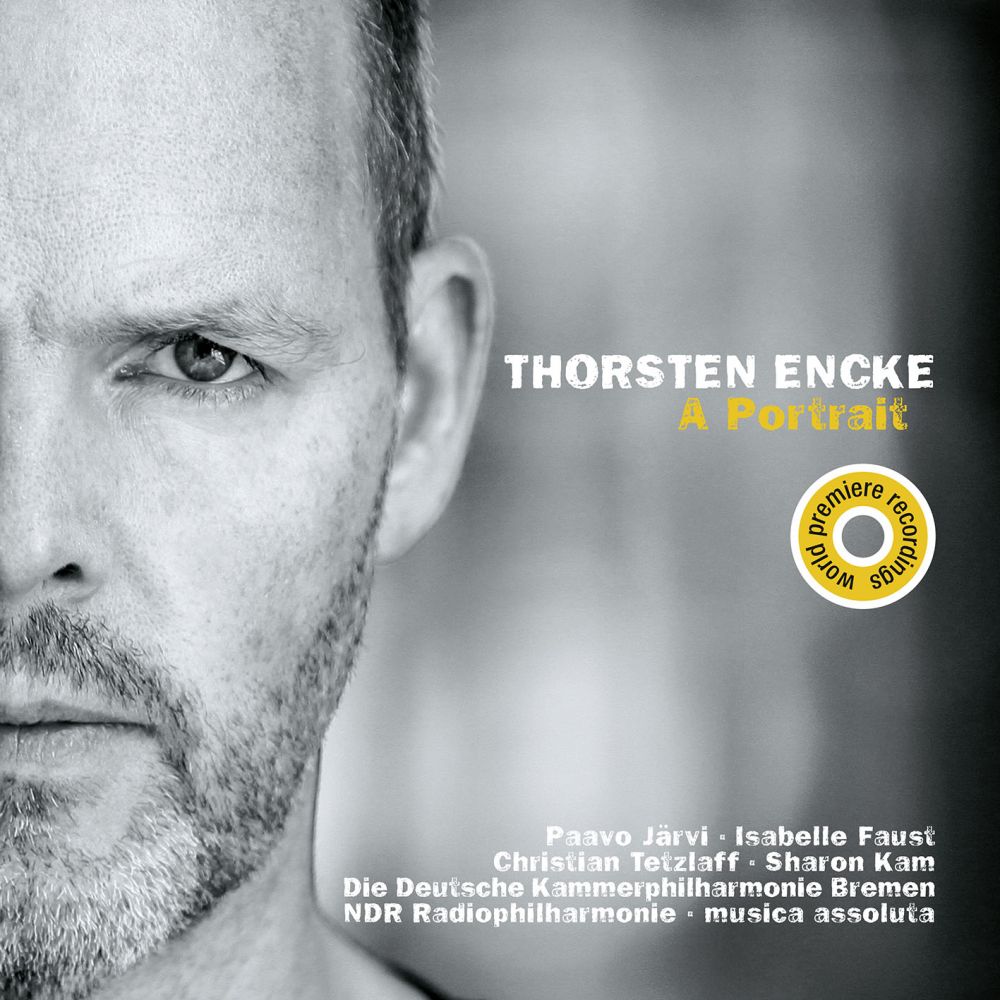 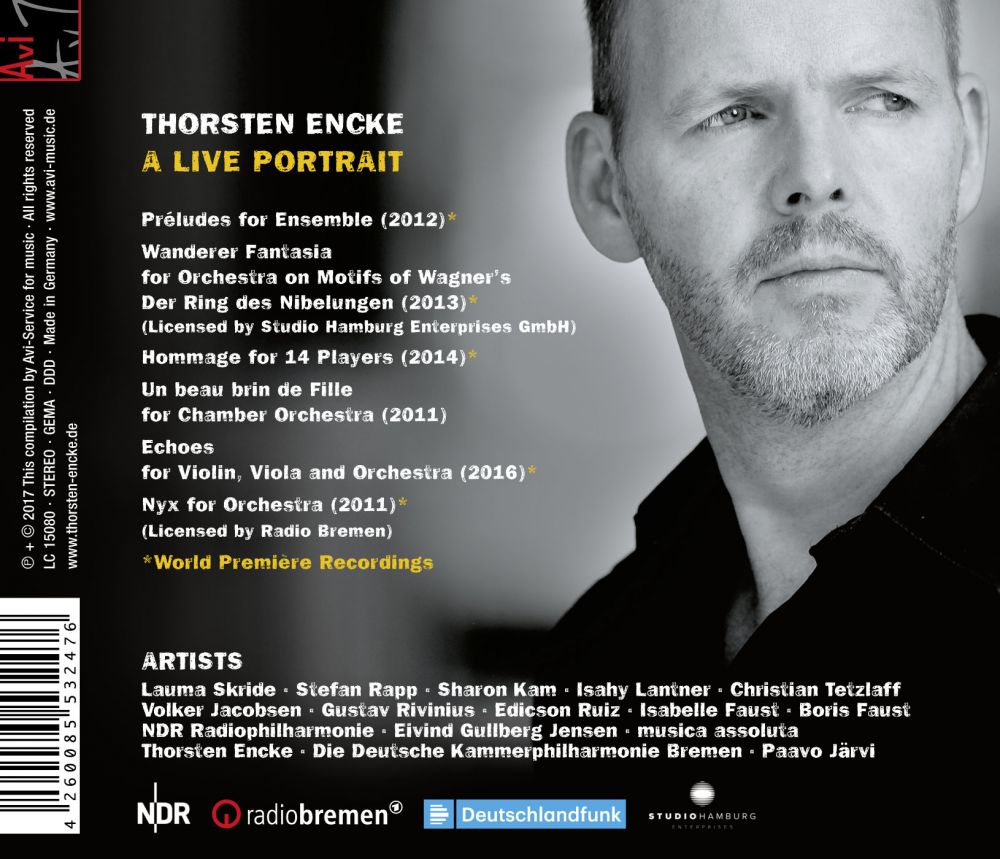 Messages from Music’s Abode
A Portrait oft he composer Thorsten Encke „When you embark on an artistic project, structural considerations can serve as a spark of inspiration. Like an architect, you roll out a blueprint, jot down a series of notes, and establish a basic framework of interval relations. Then you thoughtfully furnish the interior by relating motifs to one another and assigning them dramatic roles within the musical narrative. All of this is certainly necessary. But then, new ideas take you on detours, unplanned inspiration imposes itself on your thoughts, and the structural spark of inspiration dwindles with each new effort. The work acquires a life of its own; it wants to grow beyond its former limits. As an artist, you have to surrender and try to sense where the journey leads you.

A wrestling match often arises between what was planned and what is possible: the delicate task of choosing the most promising path that branches off into the scrub. One needs to remain open to new possibilities while becoming confident in the consistency of one’s ideas. That is what inspiration is all about. One should always attempt to achieve a balance between formal construction and sheer inventiveness. Invention should take precedence over structure; in the best of cases, the latter remains under the surface as a kind of firm inner cohesion.

Invention is what shines in a work; it is what astounds the listener. On the other hand, an overtly visible structure is nothing more than a skeleton, placed in evidence to satisfy our anatomical curiosity. “Music is life; it is movement, rhythm, and Gestalt.” That is what a female audience member once said to me after a concert, and I agree. The listener has the right to expect such things from a musical work: movement, rhythm, and, most of all, Gestalt, e.g., a form one can grasp. The Gestalt confronts the listener and offers itself as a partner in dialogue. The listener decides whether she wants to enter into that dialogue; she decides how she perceives the Gestalt, and whether she will let herself be moved. If the listener is willing to actively participate in that process, she is creating the work herself. Only the Gestalt offers us an inkling of the great fabric of life, a shimmering reflection of eternity. Whenever music inspires a listener in this way, it manages to fulfill its most noble purpose.

As a composer, I spend many hours alone at my desk, painstakingly fleshing out my ideas. The written score reduces the vast array of sonorities I had previously imagined. It obliges me to formulate a clear vision, without blurring the contours. The score’s limitations force us to become inventive. The problem of notation in itself is what ultimately leads us to express ourselves in new ways. What is my current personal motto? This, perhaps: to retain a love of experiment in terms of content and expression; to remain clear in my musical language.

“No music is taboo, unless it is boring.” In an interview, composer, conductor and cellist Thorsten Encke gives this advice to anyone who is flirting with the idea of “inventing” new music. Encke has obviously made the motto his own. In 2005 his String Quartet No. 1 won the renowned Pablo Casals Festival Competition in Prades, France. “The work’s 24 minutes go by in a flash, which proves that the sections are well-proportioned” (Hannoversche Allgemeine Zeitung).

Thorsten Encke studied music in Hannover and Los Angeles. In 1995 he received his Konzertexamen degree in cello. Since then he has amassed a wide range of experience in every domain of classical music: he has made appearances with several chamber music ensembles, and has perfected his
knowledge of orchestra and opera repertoire as a member of several orchestras. In Hannover, Thorsten Encke founded the musica assoluta project, which has seen the participation of a number of young musicians who are now prominent in their field. Under Encke’s direction, the ensemble performs regular concerts with exciting programming in a variety of instrumental combinations.