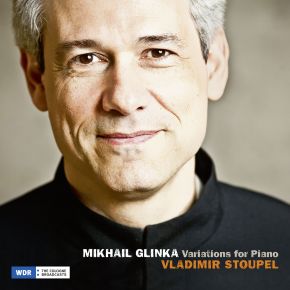 “For me it has been a great joy to conceive and record the programme featured on this CD. The idea that inspired it was twofold: on the one hand, it is made up of variation cycles (with the exception of the Rondo brillante on a theme from Bellini’s opera ‘I Capuletti ed i Montecchi’). On the other hand, the
programme’s chronological order not only traces the fascinating evolution of Glinka’s composition technique, but also the manner in which his successors used what he had invented: the “Glinka-type variation” where the theme and/or structure are usually not modified, but the accompaniment is subjected to a great variety of transformations. Glinka was held in high regard as the “father of Russian music”. Many Russian composers made his variation technique their own and developed it further – for example, Tchaikovsky in the Finale of his 4th Symphony. I therefore decided to include two further
works that refer to Glinka: the Paraphrase on Glinka’s Song ‘The Lark’ by Mily Balakirev (1837-1910), and Variations on a Theme by Glinka by Anatoly Lyadov (1855-1914)………”

(From the Booklet notes by Vladimir Stoupel)