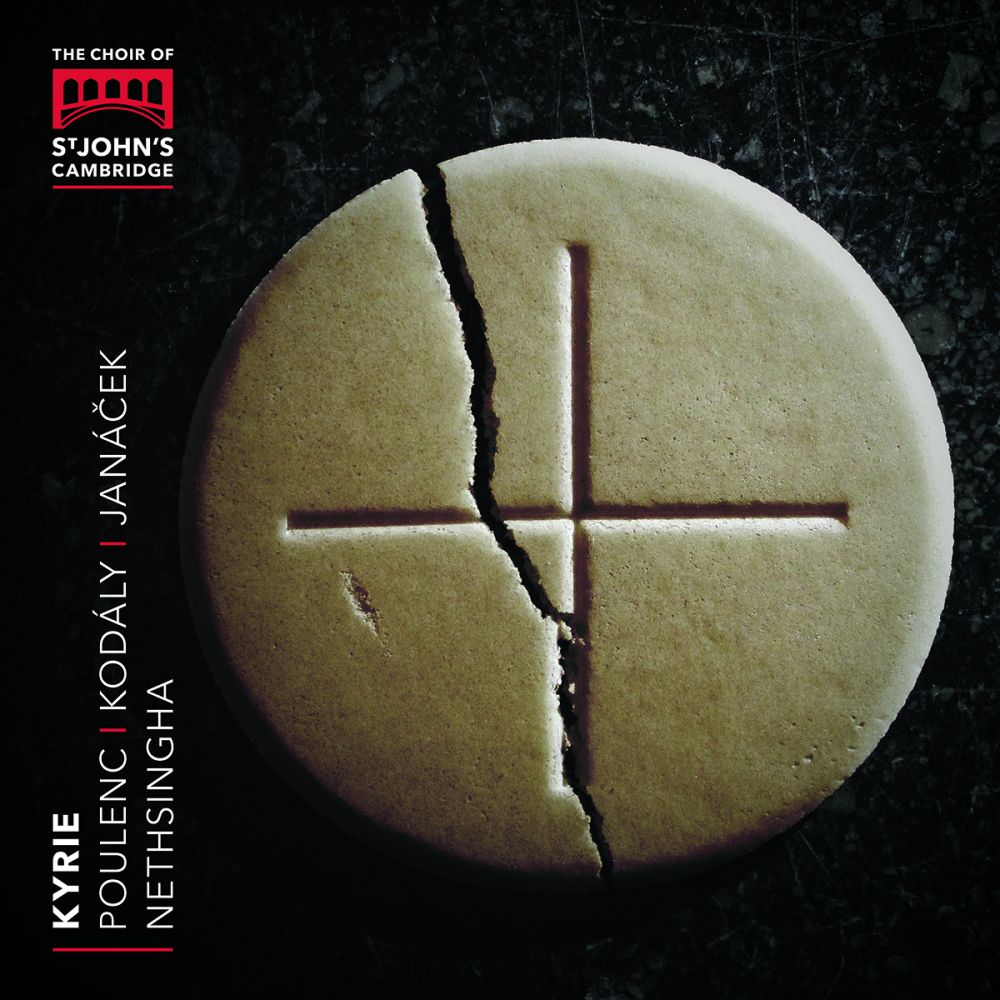 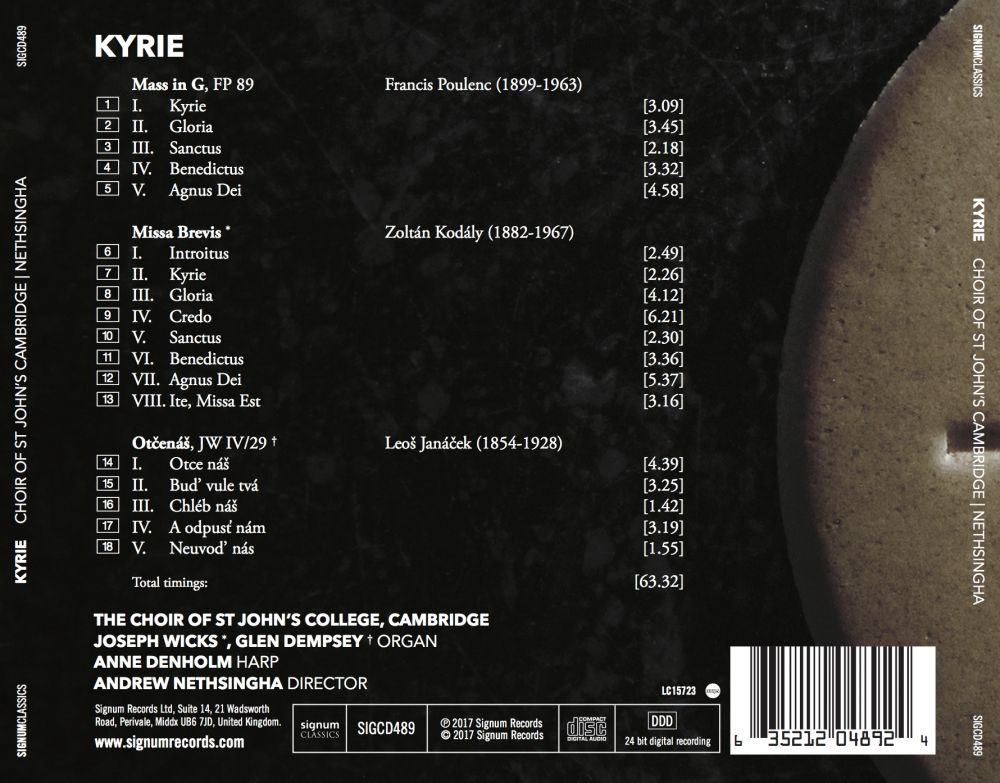 The Choir of St John’s College, Cambridge return to disc with three 20th Century European masterpieces: Poulenc’s Mass in G Major (last recorded by the choir over 40 years ago under the iconic George Guest), Kodály’s Missa Brevis, and Janáček’s Otčenáš (Our Father). All works make use of highly distinctive musical languages, yet all three are tonal and highly accessible.

This disc follows the choir’s debut release of works by Jonathan Harvey Deo (SIGCD456), which was awarded the choral prize at the 2017 BBC Music Magazine Awards.

is one of the finest collegiate choirs in the world: known and loved by millions from its broadcasts, concert tours and over 90 recordings. Founded in the 1670s, the Choir is known for its rich, warm and distinctive sound, its expressive interpretations and its ability to sing in a variety of styles. Alongside this discipline, the Choir is particularly proud of its happy, relaxed and mutually supportive atmosphere. The Choir is directed by Andrew Nethsingha following in a long line of eminent Directors of Music, recently Dr George Guest, Dr Christopher Robinson and Dr David Hill.

The Choir is made up of 20 Choristers and Probationers from St John’s College School, and 15 Choral Scholars who are members of St John’s College, and its primary purpose is to enhance the liturgy and worship at daily services in the College Chapel. The Choir has a diverse repertoire spanning over 500 years of music. It is also renowned for championing contemporary music in its commissioning of new works, including recent compositions by the College’s first Composer in Residence Michael Finnissy, Nico Muhly and James Burton. The Choir also performs a Bach Cantata Evensong once a term with St John's Sinfonia, our period instrument ensemble.

The Choir brings the 'St John's Sound' to listeners around the world through its weekly webcasts. In addition to regular broadcasts in this country and abroad, the Choir usually makes two recordings each year. In May 2016 the College launched its new St John’s recording label (in conjunction with Signum Records) on which the Choir has released the critically acclaimed and BBC Music Magazine Award winning recording of Jonathan Harvey’s music, ‘Deo’, and in October 2016 ‘Christmas with St John’s’.
The Choir also maintains a busy schedule of concerts and events. The Choir tours internationally twice a year, with recent destinations including Denmark, Germany and France, the USA, the Far East and the Netherlands. It also performs regularly in the UK, with venues including Symphony Hall, Birmingham and Royal Festival Hall, London.