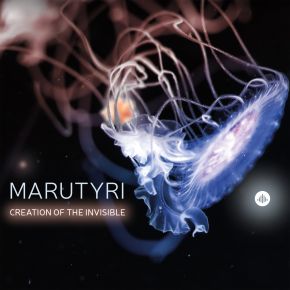 About Inner Movements:
''Music that has its own idendity. Marutyri sounds like a well-oiled machine that has got a beautiful future laid out for them'' - Erno Elsinga, Jazzenzo
"The début album ‘Inner Movements’ is full of indispensable grooves that are peppered with funky (beautifully arranged) brass riffs, with fine keyboards & Hammond organ, complemented with groovy Fender guitar and sparkling percussion." - Mattie Poels, Musicframes

The jelly fish has been an inspiration for this new album. Rik van der Ouw (bass and keyboard) explains:

"Nothing lasts forever. Everybody knows this. But there is a bunch of creatures out there who chuckle and point their tentacles at us. Because they know they’ll survive us all. Some members of the jellyfish family can repair themselves after being torn apart by a predator. They call this process ‘symmetrization’. In one sense, you might describe these little creatures as being immortal. The phenomenon of what a jellyfish actually does shocked me, and gave me the inspiration for the concept of this album. You could interpret putting an album together as ‘symmetrization’.
Everything starts off torn apart in a sense, and is then put together as a whole. The ideas are there in your head, but they’re all just floating around in there, loose and without purpose. We are creators of music, the invisible art. Even though you can’t see it, you know that it’s there. It’s kinda like the tiniest jellyfish. You’re never going to see them with the naked eye, but you know that they’re out there. Using an ‘immortal’ jellyfish as a metaphor, you gain the perspective that our lives are not un-ending. That’s the reason why we work so hard to leave a mark on this planet.
For us, music is our progeny. And music is immortal. It’ll survive us, and float around the universe like the immortal jellyfish floats around the ocean. Love is the essence of life. Without it, we wouldn’t be here. Without it, there would be no Creation of the Invisible. We’ve put in all of our love and energy into this album, and we hope that our invisible art will survive for generations to come. In the meantime, we’ll be busy symmetrizing!"