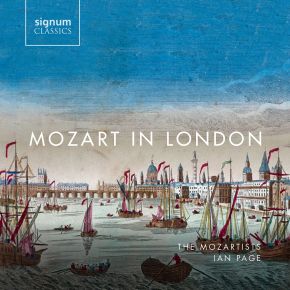 The Mozartists present an unprecedented survey of Mozart’s childhood stay in London from 1764-65. The wide-ranging programme includes Mozart’s remarkable first symphony (composed when he was eight years old), along with his two other London symphonies and his first concert aria. The repertoire also explores music that was being performed in London during Mozart’s stay, including works by J. C. Bach, Thomas Arne, Abel, Pescetti, Perez, George Rush and William Bates, many of which have not previously been recorded.