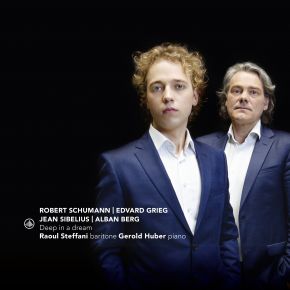 Many songs on this album have one thing in common: they are mainly early compositions, in some cases even the first songs these composers wrote. They all have a certain spontaneity and freshness which shows that the young men who composed them were still at the beginning of their careers, full of dreams and hopes for the future. Thus, not surprisingly, many of the songs are also about dreams, totally in the spirit of the true romantic soul. 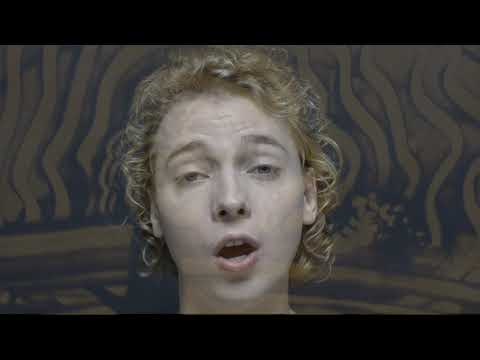 Steffani is a marvelous artist in the song repertoire. His silvery, lyric baritone remains consistent in tonal quality and security throughout the registers.

"
19-02-2020 American Record Guide
" This is an exceptionally fine debut recording for an already well-developed singer."
02-01-2019 Opernwelt
"Steffani sings freshly and text clearly, interprets sensitively, from a smart wall show distance."
07-12-2018 Luister
"Very special repertoire. Incisively interpreted."
08-11-2018 Mania
"Beautifully accompanied by the very experienced song accompanist Gerold Huber, Raoul Steffani appears to have a melodious timbre with beautiful natural appearance."
07-11-2018 Opus Klassiek
"This debut is of an exceptionally high quality, to which I also explicitly wish to involve the pianist, Gerold Huber. Of course the singer is in the spotlight, but every song recital is only really successful if the interpretation of singer and pianist is perfectly balanced."
27-10-2018 Klassiek Centraal
"**** The program on this new Challenge Classics CD means to me the discovery of a beautiful baritone voice and at the same time a strong personality for the genre."
26-10-2018 Trouw
"Steffani, only 28 years young, is an exceptional talent that has won many prizes. His pleasant sound is a beautiful mix of dark and nasal with a nice varied vowel formation. Everything is intelligible word for word and the pure singing pleasure!"
23-10-2018 De Telegraaf
"The 26-year-old baritone Raoul Steffani releases a remarkable debut album this month, along with the highly desired pianist Gerold Huber. Schumann, Grieg, Sibelius and Berg form a fresh unity on Deep in a dream."
11-10-2018 Opera Magazine
"It is a surprising record, exceptionally refined and ripe for such a young singer."
10-10-2018 Stretto
"Raoul Steffani has a wonderfully light but also clear baritone voice. He sings the songs very expressively and his singing is supplemented by his accompanist at the piano ... A must for lovers of the intimate poetry and a must for anyone who loves the expressive possibilities of the human voice."