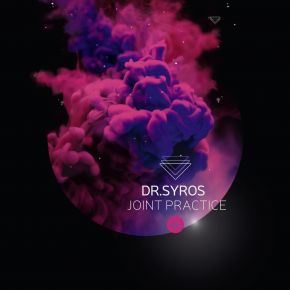 In times like these you need groups. Bands. Bringing people together within a creative process.

Calling on this plain fact Stuttgart native Martin Sörös promptly brought together four of the most sought-after and prolific musicians of the young German jazz-scene and founded his r’n’b infused jazz-ensemble Dr. Syros.

Take Munich-based trumpeter Julian Hesse for example who during the past years has established himself as an inventive and technically superb instrumentalist and composer, or Daniel Mudrack, who is not only a sublime drummer, but also responsible for innovative sound concepts as can be heard on the debut album. Grounded by gig-hardened bassist and jazz-laureate Sebastian Schuster the band is indeed moving forward, leaving behind stereotypes and not giving a dime about styles and definitions. Whether one wants to call it jazz or hiphop is up to the critics – fact is that four intriguing musicians come together celebrating the musical moment. Signing with Challenge Records (NL) their debut album “Joint Practice” will be released on November 2nd 2018.

So… lean back and listen or grab your feet and dance! Both is possible and it should be. No one calls in a joint practice for only one treatment, right? That‘s right. The reciprocity between rhythm and sound, the combination of jazz and hiphop that can be heard on this album might disable all those common listening patterns that one is used to. Joint Practice was created for fun. Serious fun though, after all we‘re talking about four serious musicians, who are creating this sound in order to present their idea of modern r‘n‘b infused jazz.

19-11-2018 Jazzenzo
"... follows the almost nine-minute final 'Introduction / Outro Dr. Syros' with a stirring rhythm and lots of solos. After this you can only conclude that it is joint practice to which this great album invites: to chill out with a good glass or to dance a lot."
24-10-2018 Jazzthing
"... Especially the crunchy Opener "Hi" does not count among the worst Songs of the loose debut album. From these four guys you will still hear.