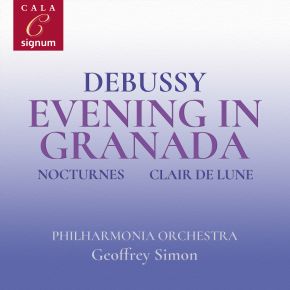 Claude Debussy was the father of “Impressionism” in music. Inspired by such French painters as Monet, Renoir and Degas, and poets of the “Symbolist” school, including Mallarmé, Verlaine and Baudelaire, he produced compositions which sought to suggest – rather than to display – the fleeting aspects of colour and light on imaginary scenes and subjects. With vibrant timbres and half-lit dream-worlds, his music was at the opposite extreme to the grandiose orgies of sound so beloved by Wagner and Richard Strauss. Such were the evocative qualities of Debussy’s piano compositions – their nuances, moods, and even their exotic titles – that many musicians felt compelled to transcribe them for orchestra in the same way as Debussy himself had orchestrated two of Satie’s piano Gymnopédies. The present selection therefore includes several such arrangements of Debussy’s most atmospheric pieces, framing the composer’s purely orchestral Nocturnes.