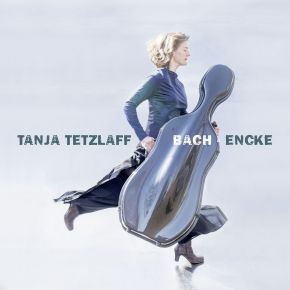 Flowing movement and attentiveness to nature

On this CD you are pairing three Bach cello suites with two pieces by Thorsten Encke. How does this coupling change the experience for the player and for the listener?

I don’t think it changes my way of playing, but certainly our way of listening. We come to hear Bach’s works differently because Encke’s unfamiliar sonorities startle and disturb us. Inserted between the suites, Encke’s pieces open up an entirely different world of sound. After Cracks, we probably feel alarmed, and we thus adopt a different attitude as we approach the 5th Suite, which is quite agitated in itself. Then, after Clouds, which closes with a small thunderstorm, we approach the 6th Suite feeling almost liberated – overjoyed that we have survived a dangerous excursion on thin ice.

With his two pieces, Encke builds bridges among the three suites and refers to them directly in his music. I find that the two works are quite different in character: Cracks is loud and noisy – fragile, as well – whereas Clouds is more melodious at the onset. How have you adapted your playing to the two works in terms of musical character?

Both pieces feature powerful, incredible drama within a small space. Both pieces are threatening, but also gorgeous. While you are out on the thin, dangerous ice, you can survive if you manage to enter into the right sort of vibration. You can go on gliding in that beautiful ice-skating rhythm without falling through. ……(Excerpt from the interview in the CD booklet)