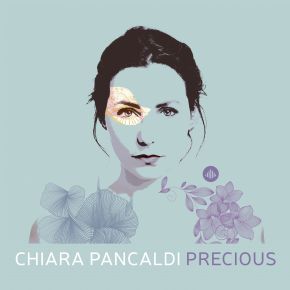 After that she released What is There to Say and now Chiara Pancaldi is presenting her third album on Challenge Records: Precious.

Each of the pieces is perfectly elaborated in terms of instrumentation and shines with a great variety of sound tastes. The invited musicians provide masterfully prepared solo parts and a very special background for Chiara Pancaldi's sensual vocal interpretation."