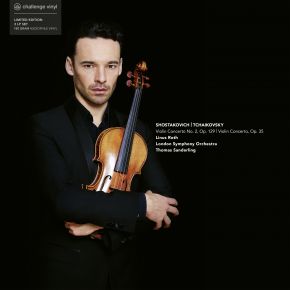 “This remastered reissue is a special album in every respect. The most important thing is for the music to reach the listener as directly as possible. Every nuance and every emotion. It’s about more than just listening to music. It’s about the whole experience of the music.” 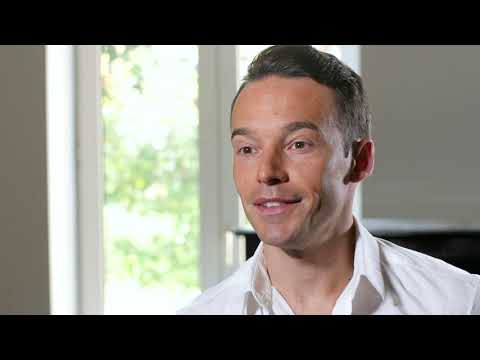 London Symphony Orchestra (orchestra)More information
20-07-2020 Music Emotion
"Everything that makes a collector happy. Artistically and technically speaking, this is a very nice production. The vinyl version sounds great. Especially the Stradivarius 'Dancla' on which Roth plays is convincing."
07-02-2017 Crescendo
"Linus Roth: athlete on the violin.
Sound and interpretation: 9 out of 10!

"
09-01-2017 Infodad.com
"The personal nature of Linus Roth’s approach to the music of Mieczyslaw Weinberg is evident as well, in a new Challenge Classics release featuring Weinberg’s three solo-violin sonatas interspersed with violin-and-piano versions of the Three Fantastic Dances by Weinberg’s friend, colleague and longtime supporter, Shostakovich."
01-11-2016 Luister
""That the mildness never becomes a weakness, is to be thankend to the violist by whom the toneforming and rythmic precision are always well balanced.""
23-09-2016 The Strad
""On paper, this is far from easy music to assimilate, yet here it sounds radiantly compelling. An outstanding achievement.""
23-08-2016 The Arts Desk
"Whimsy, wistful melancholy and dry wit coexist. And, it’s beautifully held together by Roth, playing the work as if he’s delivering a series of soliloquies."
27-07-2016 De Volkskrant
"‘’Roth makes his violin sob and snarl'' (*****)"
19-07-2016 voix-des-arts.com
"
For both violinists and listeners, even those with special appreciation for Twentieth-Century music, Mieczysław Weinberg’s Sonatas for solo violin are not easy going. This is music in which unspeakable atrocities are confronted unflinchingly, music in which one man sought answers to questions that ravage all of mankind. Perhaps these are questions with which each man must contend on his own, but few men can contend with Weinberg’s music as authoritatively as Linus Roth does in his performances of the three Sonatas for solo violin. This is not solely music making: what Roth achieves on this disc is the recreation of a solitary voice, now made intelligible to every pair of ears willing to listen.
"
13-07-2016 Nieuwe Noten
"